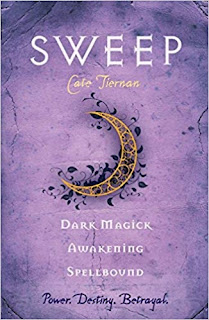 Technically, this is the last read of 2019 and my first(ish) read of 2020. And it’s carrying on from one of my rereads (aka re3) and into part of the series I don’t know. So, this is gonna be interesting.

The second volume of the Sweep series, we follow Morgan, a blood witch from a long line of ancient and powerful witches. And with the help of her boyfriend and fellow witch, Cal, Morgan feels like she can finally start to be herself. But at the end of the last volume, something terrible happened, binding Morgan and Cal together in a dark secret. And not only that, Cal and his mother’s hunger for magick is beginning to unnerve Morgan…

This is basically the synopsis for the first novella in the bind-up, Dark Magick. The other two - Awakening and Spellbound - are very different and yet, have a slightly similar plot due to the plot thread that carries through and wraps up at the end of Spellbound, but it causes more trouble going forward into the next three volumes (there are 5 bind-ups in this series).

So… where to start?


I feel like I should relay what I said in my reread of Volume One (link for that write-up is here!). It’s a beach read for me. It’s light, frothy and not very taxing, though there are some dark topics touched upon in here (I say touched as they were never really looked into or addressed. Very similar to the first volume. These were tackled but, by today’s standards, they were skimmed over. Plus, with the writing style and the series written the way it was back in the early 2000, it would be hard to go dark), which do make me wonder how dated this is compared to books/series written today. 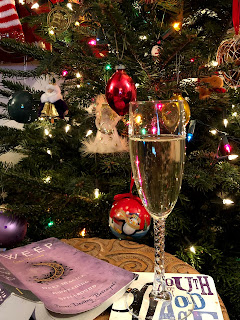 But this is easy to read. I have read and audiobook some quite dark and heavy things lately so reading this was a bit of a platter cleanse. I mean, I read Dark Magick and Awakening over the Christmas and New Year weeks. Spellbound took longer as I was working and struggled to find time. But all of them were light, fast reads.

While this is fun, this does have problems and there were times I found this hugely problematic. It’s dated and doesn’t tackle issue or dark topics (one topic, for example, I wished to be more in-depth was the homophobia Morgan’s aunt and partner faced in Awakening. Same goes with the issue of Cal within this volume - like I said in my write-up of Volume One, I found him to be quite emotionally manipulative and as I read, my theory on this and on why was proven correct), but it was nice to read something light over Christmas. And I am now ready for the new year of reading.

Will I continue with the series? Maybe… I’m in two minds. On the one hand, I want to see where this story and the characters are going, but on the other, I don’t think I would be upset if I don’t. It’s very much an airport read for me.
Posted by Pewter Wolf at 07:30:00