Book Review - A Throne of Swans 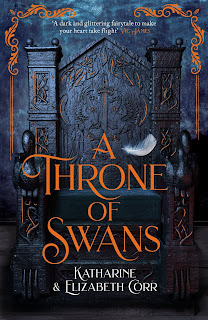 SURPRISE! Ok, am meant to be back properly for book blogging duties next week (I just want a little time longer to read and get my back into my real life job before I got back into her), but when I was asked to be involved in the Throne of Swans tour, I jumped at it. Plus, I had (for once) read and wrote up my review several weeks before so, TECHNICALLY, this was one of my last reads of 2019, but this is going to be my write-ups of 2020!

This took me a while to read. I feel like I should explain this right now before we go any further into the post. I started reading this early in December, the same day some bloggers went to Hot Key HQ to chat to both authors and launch the book at a bloggers’s event. Normally, I would write these events up but this event (as well as a Walker Books Blogger Event that happened several days later) but I didn’t write as I didn’t have time! Sorry, December was a mad month. I think we all can agree to that!

And it took me a while to read and review. Why, I hear you ask. December is a mad, busy month. I just couldn’t seem to find the time to read and then write this! Plus, I kept putting it off (I liked the Witch's Kiss trilogy, so what if I hated this?). All of which explains why I wrote this post up now, literally days before Christmas (when I am on blogging holiday and as far away from my laptop as possible, FYI!) and posting it now.

Inspired by Swan Lake, Throne of Swans follows Aderyn who inherits the role of Protector to Atratys after her father dies. Atratys is a dominion in a kingdom where nobles can transform into birds that represent their family bloodline. Aderyn’s is a swan. But she hasn’t transformed for years after witnessing the brutal murder of her mother, ripped apart by hawks who are supposedly extinct sing the great War of the Raptors.

Aderyn wants revenge, she must venture into the heart of the royal court, ruled by her cruel uncle, the King, to seek the truth. But how far is she willing to go…?


As you guys know, I really enjoyed the Corr sisters previous trilogy, The Witch’s Kiss, so I had high hopes that I would enjoy this. And I did enjoy this. It’s very different from Witch’s Kiss and I think this works in this duology’s favour. 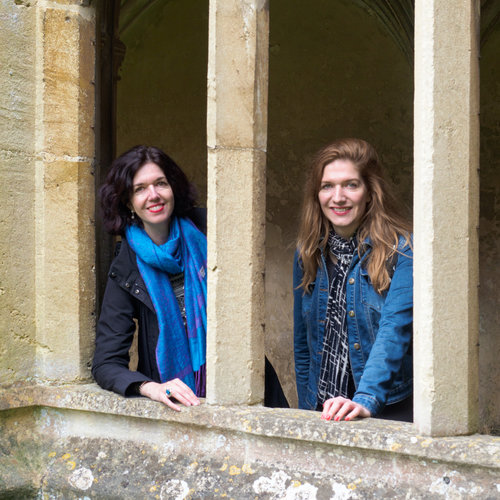 While Witch’s Kiss was light and fun and something of a beach read for me, Throne of Swans is much more mature in writing and in tone. This seems to go a tad further than Witch’s Kiss ever could with language and with situations and I really liked it. You can see the hints of where Swan Lake and Hamlet fits in, and there’s an element of Game of Thrones which surprised me. It was hinted at when I first heard of this book, and as someone who hasn’t read or seen the series (HOW IS THAT POSSIBLE?! Kinda am the same with Buffy, but let’s not go there, shall we?)

And I did like the twists this book went, but there were times I did get a little frustrated with one of two characters’s decisions. I get why the characters made those choices and decisions (don't you hate it when you read a book, a character does something stupid or so out of character and you have no idea why the character did it as IT'S SO STUPID AND THERE IS NO REASON WHY THEY DID IT!), I still wanted to shake them.

I admit this won’t be everyone’s cup of tea as it could be a tad troupe-y for some, but I enjoyed myself reading this (once I found time to read! Work and Christmas preparations take up A LOT of time) and I will be very intrigued how the second book in duology, Crown of Talons, is going to wrap up (the prologue to that is at the end of Throne of Swans and I am very intrigued to see where the characters go next)…
Posted by Pewter Wolf at 07:30:00