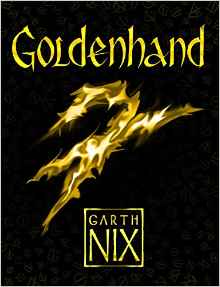 As you guys know, I adore this series. It's one of my favourite fantasy series. So, of course I was going to buy this and read this. How could I not?! While I wanted to start and finish this before New York (I planned to have a "Only Take My Kindle to New York" Rule), that went flying out the window. I forgot I need to take my time with this series.

Set after the events of Abhorsen and running (up to a point) parallel with Nicholas Sayre and the Creature in the Case (if you haven't read this, go get a copy of Across the Wall and it's in there), Lirael is no longer the shy Second Assistant Librarian in the Clayr, but the Abhorsen-In-Waiting. She has a half-sister in Sabriel, is an aunt and is grieving for the loss of her closest friend, Dog. But when an urgent message from her nephew's friend, Nicholas, begs for help, she rushes to his aid. Not only does she find him unconscious by an attack of a Free Magic creature, she finds deep taints of Free Magic within him. Unsure of what to do with this (and her muddle feelings for him), Lirael has to do something she's been trying to avoid - return to the Clayr and ask for help.

Meanwhile, a messenger from the deep north, Ferin, is trying to get into the Old Kingdom. She has an urgent message that must be delivered at all costs. But the Witch With No Face doesn't want this to happen. Being ruthless pursuit, Ferin must get to the Clayr and deliver the message from a mother to her daughter. That daughter being Lirael...

For everyone and everything, there is a time to die. But will anyone survive the watery embrace of Death...?

Where do I start? Well, after having such high hope with Clariel and getting a little upset over it (I put too much pressure on it, but thinking it over, it was very good.), I went into Goldenhand with little to no information. I knew Lirael would be in it, but that's it. And it was wonderful going into this world - a world I adore - with little to no information as I watched Garth build the world and characters.

Garth Nix does something very interesting. I know other fantasy authors do this as well, but Garth is one of the only few who I think does it right, is that he builds the world. He doesn't throw things at you for the sake of it. He adds layers and layers. The Old Kingdom in Sabriel isn't the same Old Kingdom we read about in Goldenhand. But it is. He's just added more to our knowledge. It's like the real world and I adore how he does it.

The story and characters were welcomed with open arms. I must admit, it's been a very long time since I have read Lirael or Abhorsen, but I didn't realise how much I missed these characters till I started this book. I was going "LIRAEL!!! SAM!!! NICK!!! I MISSED YOU SO MUCH!!!" and making these characters grow into strong characters I could read again and again.

New characters and cultures intrigued me hugely and I like how Garth introduced them in. I think there is a lot more going on in this world and I do hope Garth explores beyond the Old Kingdom - say further north or beyond the sea/oceans to the east and west...

Ferin, a new character who we spend around half of the book with, I found fascinating. She is a strong female character, very different from Sabriel and Lirael. Even Lirael niece, Ellimere, who we spend very little time with in any of the books (again, another character who I would like to know more about as strong doesn't always mean strong physically). While it took me a chapter or two to warm to her ("No! Go back to Lirael!"), I liked her hugely!

Lirael and Nick's relationship made me happy. I love these two characters and have hoped there might be romantic feelings there since the end of Abhorsen but very much from Nicholas Sayre and the Creature in the Case (whether or not on both sides I am not going to say), but I loved watching it play out.

There are problems - of course I find these. Some people will say certain situations were resolved far too easily (but I disagree up to a point). Yes, one or two things were a little easy, but other situations made sense to have it done this certain way because it moved the story forward. If not, we would be stuck for another few chapters. While this is ok in some books, it's not ok here. There is a sense of urgency so we need to keep the story moving.

My biggest thing which I must point out is that you can't read this book without reading the other books in the Old Kingdom series. You must have read all of them and, though not essential, the two novellas (Nicholas Sayre and the Creature in the Case and To Hold The Bridge). If you haven't read the series, I would strongly advise you to start with Sabriel or Clariel. While I think Sabriel is the better starting point (as there are events in Clariel that kinda effect Lirael, Abhorsen and Goldenhand), both of these are standalones and it's easier to enter this world via these two rather than the other three. 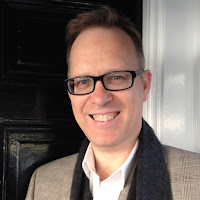 Another thing here is that, while reading this, I couldn't help but feel that this could be the last book we get from Garth set in Old Kingdom. While this is sad (Garth nor any of his publishers say this is the last book in the series, let me make that clear!), I am kinda ok with Garth leaving the world at this novel. Yes, if this is true, I will be sad and thinking "Just one more story. Even if it's a novella or a tweet-a-long, I will take it", I think Goldenhand is the perfect place for us to say goodbye.

I adore this novel. I adore this world, these characters (good and evil) and I adore the series as a whole. Like I said before (and I will say again), this series is one of my favourite fantasy series out there and, barring a select few, I haven't found anyone who can write a complex fantasy world the way Garth Nix does. I can't wait to reread Goldenhand and the other books in the series next year! Oh, I am making plans. I won't announce it just yet (look towards end of December 2016/early January 2017).... be afraid, Internet.
Posted by Pewter Wolf at 16:00:00