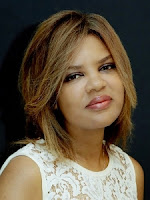 And, also, happy Stealing Snow Blog Tour day! (yes, if you have been following this tour, I was meant to be this Tuesday just gone. However, snow demons and ice goblins did something weird to my and Katrina from Bloomsbury's emails. Basically, computer said emails were sent but they weren't received. Anyway, we didn't realise this till yesterday (and yesterday, I discovered I was part of the tour! CURSE YOU, ICE COMPUTER DEMONS!!!)
So, changing dates about, I would like you to welcome Danielle Paige to the Pewter Wolf. Danielle is not only a Daytime Emmy nominated scriptwriter, she is the author of the Dorothy Must Die series and her new series, Stealing Snow.

Stealing Snow is a dark reimagining of The Snow Queen. And it comes at the perfect time as the nights draw in and the Halloween/Christmas magic linger in the air...

Before I hand over to my tiny Q&A about fairy tales, writing and whether fairy tales are feminist or sexistwith Danielle, I must thank Danielle for taking time out to answer my questions, and for both Lizz and Katrina from Bloomsbury for setting this up!

Now, over to you, Danielle (and past me!)


What is your elevator pitch for Stealing Snow?
Teenage Frozen!

Stealing Snow is a reimagining of the Snow Queen. What is it about this tale that appealed to you?
Of all the fairy tales, (and I have always been an bit of a fairy tale addict), the Snow Queen was always a bit of a mystery to me. The original is essentially a rescue story. Gerde wants to save Kai, who has been stolen from her by the evil Snow Queen. But in Stealing Snow, I got to explore how Snow got to her dark place and figure out my take on the secret behind her seemingly evil actions.

Why do you think reimagining/retellings of fairy tales are so popular at the present moment?
I think that we can blame/thank Gregory McGuire for the recent wave of retellings. Wicked showed us how amazing a retelling could be. And for me personally, McGuire’s book and Marissa Meyer’s Cinder were the most influential before writing my first retelling Dorothy Must Die. If Marissa could take Cinderella to space, I certainly could take my own dark and twisty walk down the Yellow Brick Road. And now, I get to recreate the world of the Snow Queen! Algid, her world, is filled with robbers who steal magic, a new cast of witches and so much more. 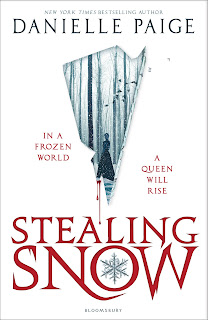 Do you think that fairy tales are sexist/feminist?
I think they are feminist. Fairy tales get a lot of flak for “princess culture,” but they were the very first stories I read where the heroes and villains were all women. Women are front and center in fairy tales; they are the ones seeking love, adventure, and freedom. And yes, happily ever after.

Before you became an author, you were an award-winning scriptwriter. Was it difficult to change from writing in one form into another?
I actually wrote for soaps and wrote a pilot for MTV. Soaps taught me how to write a different kind of fantasy. But there was tons of romance and drama, which I think is evident in Stealing Snow. I think the major difference is that books require so much more detail and world building. There’s no set designer or costume designer or director in books—as the author you are all of those things.

Without giving too much away, what can we expect from book 2 and/or the Stealing Snow series?
In book one, Snow discovers who she is, and that pushes her to a place that she isn’t quite sure how to come back from. Book two will be the continuation of her journey—but will she become the evil Snow Queen of legend or something else?
Posted by Pewter Wolf at 15:30:00