The Killing Moon Will Come Too Soon 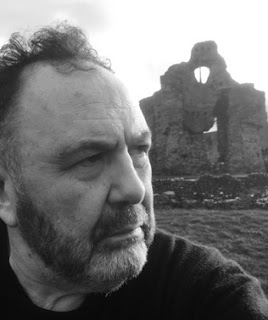 I know, I'm breaking my Shocktember rule again. And this is more Halloween, right? But I know some of you guys are already planning your Spooky TBRs and who am I but a simple book pusher, going "What about this creepy read?"
Because of that, I am thrilled to welcome Danny Weston back onto the blog. Oh yes, he's been here before, talking about his creepy Scarecrow and his Witching Stone. But today, Danny's here talking about A Hunter's Moon, a twisted tale that gives off Little Red Riding Hood meets M Night Shyamalan The Village...
There's something lurking deep in the Forest of Tay. A fearsome creature that, under the cover of darkness, emerges to feed on the local farmer's sheep. And, sometimes, the farmers themselves...
Some whisper it's just a wolf. But other whispers that is the Cù Sìth, a creature summoned by the mysterious Walkers in the Woods. Fraser McCloud thinks it's just a wolf and insists that he must hunt and kill the beast. But his young apprentice, Callum, is hugely apprehensive over this development. But when he meets the innkeeper's daughter, Mhairi, who knows more about the Walker that she really should, Callum is more unnerved. The killings are getting bolder and soon, Callum realises that there is every reason to be afraid...
Now, you guys know I'm not much of a horror reader, but I do like a nice scare every now and again so when Graeme from UClan Publishing emailed and asked if I wanted to be involved, I jumped at it so thank you Graeme for asking me, and thank you Danny for finding time to write this guest post about writing books in historical settings.
If you want to know more info about Hunter's Moon, you can check out UClan Publishing's website at uclanpublishing.com. And, before I hand you over to Danny and are in the mood for some music, I think this would be perfect! Happy reading/rocking!
I’ve written a lot of novels with historical settings and just as many in the here and now. I don’t really favour one over the other. If I find a subject that interests me, I will immediately set about creating a book that deals with whatever subject has caught my fancy. And with A Hunter’s Moon, I knew instantly that this was a story that would really only work if I set it in a time when pagan beliefs still held sway. So I chose a time period in the middle of the eighteenth century and set the resulting tale in a remote area of the Scottish highlands. The stage was set.

Whenever you make such a choice, you’re giving yourself the task of doing plenty of research, but that’s actually a pleasure. Over the years I’ve read up on a whole variety of diverse material, enough to give me a thorough grounding into whatever it is I’ve chosen to write about. The result is that I have specialised knowledge of some very odd things, little pockets of stuff that don’t really connect with each other and will probably never be of any practical use. But it’s also nice to be in conversation with somebody and suddenly come out with an obscure fact - one that may or may not interest them! 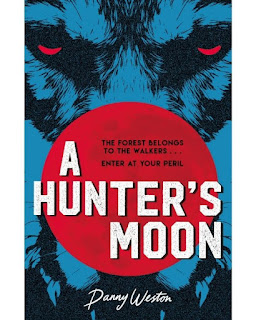 When researching, it’s important that I only pick out those little nuggets of information that will enhance my tale. I try never to overload my fiction with too many historical references. The resulting prose will feel dry and preachy, like it’s come from a textbook, and that really isn't the object of the exercise at all. First and foremost, my readers will have to believe in the characters I’ve created. But, almost as important, they must also believe in the world these characters inhabit. If somebody whips out a mobile phone in an era when they didn’t exist, the whole carefully constructed edifice will come crashing down.

Also, when I research, I really only want to use ‘the nuggets’ - those little insights that will help to advance my story and make it feel ‘real.’ It’s easy to know when I’ve put in too much information. I just read a section aloud and if something is overworked, I know instantly, by the clunky way it sounds to my own ears. Reading work aloud is one of the most useful tips I was ever given.

Of course, it pays to be diligent. The last thing I need is to be contacted by an expert in a particular field who’ll point out that my character’s use of a certain type of weapon in chapter five is impossible in the time period I’ve selected for my book, because that gun wasn’t even invented until fifty years later. So I always double check my ‘facts’ - and since so much of my research is now done online, I make sure to consult more than just one source of information. Wikipedia is a very useful site, but it’s not always 100% accurate!

And finally, if there’s something about a particular era that particularly interests me, that’s surely a good place to set my novel. Another universal truth is that if I want to make others love what I write, I need to love it too. And I won’t be entirely happy unless I’m sure it’s accurate.