GoodRead - Dead To The World (Audiobook) 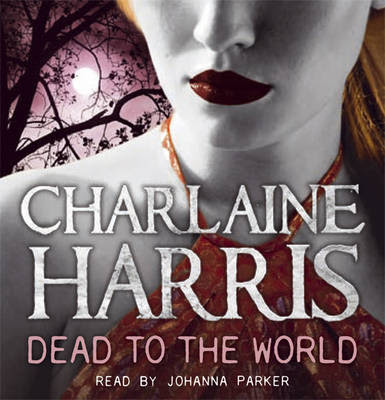 I know of the True Blood series (or the Sookie Stackhouse Southern Vampires series, as the book series calls itself). I read the first book, Dead Until Dusk and watched the first 2 seasons on FX (I didn't watch the third season because it didn't grab me. Plus, I had my fill of vampires. Sometimes, you just need a break!). And yet, out of all the books within the series, I have always found the fourth book in the series - Dead to the World - the most interesting… No idea why, but it is.

So, after the terrible events of Club Dead, Sookie is heartbroken. Her now-ex, Bill, has been ordered to go to Peru by the Queen of Mississipi and all she wants is not to get involved in any more supernatural business. In fact, all she wants is not to get beaten up, which seem to happen to her a lot since vampires "came out of the coffin". Not going to happen, Sook, as on her way from working New Year's Eve, she comes across of shirtless and scared Eric, Bill's boss. Eric has no memory. And it seems to be a witch's doing…

Sookie has to keep Eric safe till the curse or hex is lifted off him. But that's going to be hard as the witch and her coven are looking for him. Not only that, Sookie's brother, Jason, vanishes without a trace. Have the witches kidnapped him or has something more terrible happened?

And just when she thinks nothing weirder can happen, she finds that she is slowly falling for the memory-lossed Eric. And it will only be a matter of time before his memory returns and Sookie knows the Eric she has fallen for will be gone forever.

So, reactions. I love the reader of this book - Johanna Parker. I know to some people, Anne Paquin is your Sookie. And she is. But the reader made Sookie her character also. It felt interesting to see how these two actors made Sookie their own. It just worked. Plus, I loved the reader's accent. Lame, I know, but when I watched True Blood, I sometimes feel that Anna Paqulin's accent is a tad false. 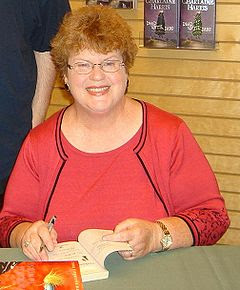 Another thing I like about this is the layers of mythology. From what I know about the first four books of this series, we are slowly been introduced to the "Sups". In the first book, Dead Until Dark, we're introduce to vampires and shifters. In the third book, Club Dead, we meet werewolves. In this book, we meet witches, other were-creatures (note that, peeps!) and we have a breif introduction to faries (which I suspect will play a bigger part in the future...).

Another huge factor that made the book an enjoyable read/listen was the humour. I seem to like books & audiobooks that have humour. It's nice that with vampires and werewolves and goodness knows what-else, that there is a sense of humour that you can smile at.

I really like Dead To The World and I hope I can find time to read or listen to another book in this series (my eye is on A Touch Of Dead, even though this is a collection of short stories so, technially, doesn't count... Maybe Definitely Dead).

Quick word of warning: there is swearing and there was one sex scene. Which is fine if you're an adult (if you're a child, DON'T READ THIS BOOK OR LISTEN TO THE AUDIOBOOK!). And when your listening to the audiobook at work, it's hard to listen to the sex scene without getting uncomfortable. I had to stop listening to it halfway through the chapter because I would have burst into nervous laughter...