GoodRead - Tomorrow When The War Began 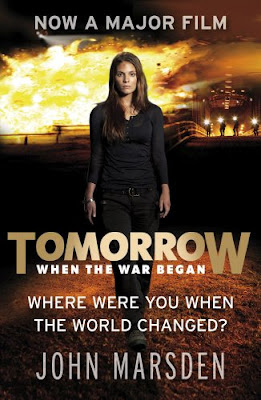 Imagine you and several of your friends went camping for several days, only to return home after several days to discover that your town, maybe your whole country, has been invaded. What would you do? Run away and hide? Or would you stand up and fight?

That was the choice that Ellie and her group of friends face in Tomorrow When The War Began.

Niamh from Quercus kindly gave me a copy of this book after chatting to her about the film's trailer and chatting about one of Quercus' authors, Cat Clarke. As you do. So, when I received it, after some teething problems, I was reading the amazing Divergent! So, when I sat down and read this, I was worried it wouldn't live up to the hype (well, the quiet hype. It was mostly from my two friends from Australia – Bianca and Rhianna – got excited when I saw the trailer and chatted about. And they gave me some info over the series:- TWTWB was written in 1995 [knew that – and if you didn't, you get that feeling while reading. No mentions of mobile phones or Facebook], how some schools in Australia teach this series in schools, the people of Australia love this book series [although the sequel to the series – the Ellie Chronicles – is beyond awful and should be avoided at ALL COSTS!]. And the film had these two split).

I did have problems with this book. I am going to admit it. For me, it took a few chapters (five. Maybe six.) to get to the main event – the characters discovering that their had been invaded. And then, they seem to accept the whole situation a little too quickly for my taste. But, I suppose, in a situation like this, you have to get to grips of what's happening very quickly.

Another problem I had was that there were times in this book when it felt like “The First Book In A Series”. It felt like it was setting the foundations to the series.

But what I do like about this book is that it's a book about war. It doesn't shy away from the horrors and the ideas that war is devastating and, because of that, you question your morality. What makes you good? If you do something bad, does that make you evil? In a time so terrible, is it wrong to fall in love? You question your moral compass and, because of that, this book has an edge. I like the fact that the questions are always there and it takes times before the characters sit down and figure it out. I sense this will keep coming up throughout the series... 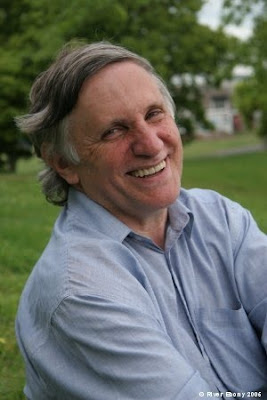 What I found interesting (tiny side note) is that the enemy – the Invaders – were never identified. You don't know where they come from. Are they a enemy? Or an ally? And, because of this, it makes the book more creepy and more realistic. This could happen in real life – isn't that a scary thought?

So, my reactions to the book: I like it. I didn't love it, but I would like to see where this story goes and one of my Australian book spies says that there was a twist in the third book in the series – The Third Day, The Frost (this series just has cool titles!) - that affects the series in a huge, emotional way. *rubs hands with glee* I can't wait!

(Yes, random song choice. It helped with the start of the novel where our characters began to realise the true horror of it all!)
Posted by Pewter Wolf at 23:25:00