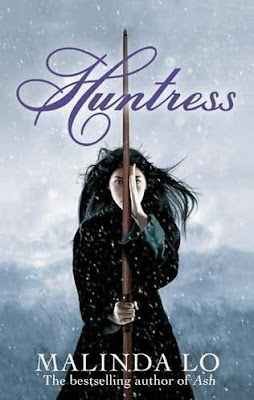 I'm not sure how I got on to reading this book, but after Atom Books got excited about this book deal on Twitter and after getting some info on it, I got excited. It was such a different read for me that it held my attention. So, when I got a copy from the lovely peeps of Atom Books, I decided I had to read it.

The Kingdom is in crisis. The sun hasn't shone in years, the crops are failing and strange and terrible creatures have begun to appear. Do the mysertious fairy people, the Xi, know something?

To solve to crisis, the King sends a small group to the City of the Fairy Queen. Within this small band is Kaede and Taisin. Taisin is a Sage-in-Training and Kaede is of the Earth, with no magic within her.

As they go on their jounrey, emotions run high and things happen that might not last happen...

Now, for those of you that have read Malindo Lo's debut novel, Ash, this is a loose prequel, set several centries before Ash. So, you can read Huntress if you have or haven't read Ash. 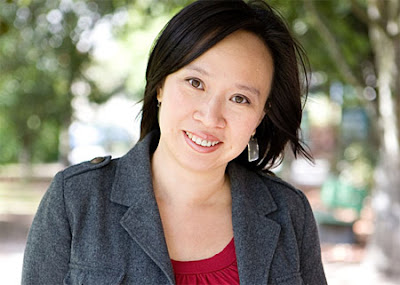 The story was a pure fantasy, which makes a nice change for me as I always read books that are set in the real world. What was more interesting that there were times that I read this that it felt like I was reading a Chinese myth.

Another thing that makes this story different from the others I've read it that there is a same sex relationship. And it was written in such a sweet way, that it felt normal. And, in the world that Huntress, having a same sex relationship is normal and not frowned upon. Within the first three chapters, we realise that same sex marriages happen and are recongized as accepted.

I really like Huntress and I quite happy that I've read it. I seem to have had a good run of books that I've liked recently, haven't I? Here's hoping I find more and I enjoy Malinda Lo's next novel.


(This was always the book's theme song, even before I started reading the book. It's one of those times that the book and music join beautifully together and this makes me happy)

And for those of you who want to see what ASH's trailer...