GoodRead - Flesh Which Is Not Flesh 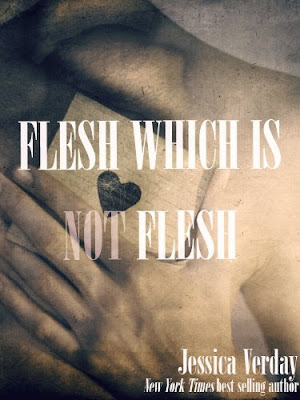 I'm sure some of you know about Jessica Verday and this story. For those who don't, a quick recap. Jessica wrote this story for a collection of short story, but the story didn't make it. The editor was in two minds over it as the main characters were both young gay men. It's more-complex than that but, after long thought, Jessica pulled the story from the collection. Later, the editor said "These teen anthologies I do are light on the sex and light on the language. I assumed they'd be light on alternative sexuality, as well. Turns out I was wrong! Just after I had the kerfuffle with jessica, I was told that the publishers would have loved the story to appear in the book! Oh dear. My rashness will be the death of me. It's a great story. Hope jessica publishes it online."

And that's what Jessica did, with some of the proceeds going to Living Beyond Tolerance scholarship.

So, the story. Cameron goes to a carnival and, to his shock, meets Wesley, the boy who once broke his heart and left town without so much as a goodbye, performing as a sword swallower’s assistant. But something's wrong. Why did Wesley leave without saying goodbye? Why did he break Cameron's heart the way he did? And who is the strange woman who seems to hold Wesley her prisoner?

Now, I like Jessica Verday's writing style within her "The Hollow" trilogy and this carried through within this short story and the idea of the story was interesting. She also didn't make a big deal about the two characters - Cam and Wesley - being gay. It was just handled the same way she wrote the love story between her main characters, Abbey and Caspian, in her "The Hollow" trilogy. She even stated on her blog that "You don't choose who you fall in love with and you don't choose to be gay" which, to me, makes perfectly true. 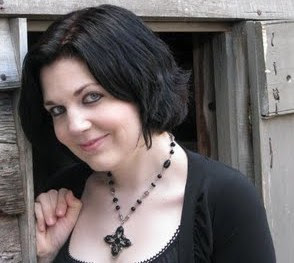 And while I sped through the novella (it's 13,000 word novella) within an hour, it is a short story and with that, details weren't really explained. It seemed to skim every now and then, but whether that was how I read the story or how the story was written, I'm not sure.

Another thing that a review on Goodreads is that the book suffers from "Disappearing Parent Syndrome". You see neither of Cam's parents and I get why they were seen nor heard, but surely there was one or two things you would have seen then. Also, the story is very "dated". But that, I mean they are modern reference that, in a few years time, might be out of date. There is mention of Lady Gaga, Kellan Lutz and Google that might get on some people's nerves.

But it was a fast read. And I like it. Not love it, but I like it. It warms me up for the third and final book in "The Hollow" trilogy, The Hidden.
Posted by Pewter Wolf at 06:30:00