GoodRead - The Near Witch 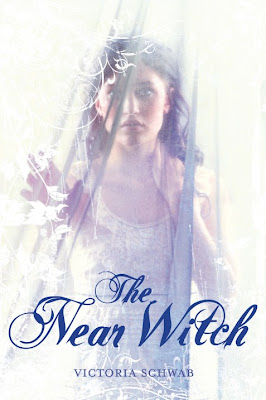 I'm not 100% sure how I came across this author. I suspect Twitter. So, because of that, I preordered this (this is rare for me. Recently, I seem to be getting books from the publishers and friends to review. I have been very lucky, me thinks!). So, after a few books that were a bit dark, I fancied something different. So, my hands found this in my Books To Read pile by the side of my bed (let's say nothing about the piles by the foot of my bed, shall we...?)

In the town of Near, some facts hold true. The wind is lonely and if it calls you at night, don't listen to it. The Near Witch is a fairy tale is told to scare children. And no strangers ever come to Near. But one night, Lexi sees a stranger of the moors, and he seems to vanish like smoke. And then, the next night, children start to vanish. The village beginning to think the stranger is to blame, starting a witch hunt.

But Lexi doesn't believe that he's guilty. So, if he isn't, who is taking the children? Is the Near Witch more than a scary fairy tale? Is that even possible?

Now, I read this book quite fast (especially near the end! Oh, that chapter!) for two reasons: first, I discovered that I got a job and I wanted to finish Near Witch before I started (I now don't have it so, that worked out!). The second was I just flew through this story. It is very fairy tale-like but had an edge to it. You sense that not all was well and, due to the time where the story was set, you wanted Lexi to figure it out as the book was set in a early time (not medieval, but I had that in my head) and with nearly every male character going "You can't do that", it was more to prove a point.

Which is why I like Lexi. She knew her own mind and wasn't afraid to go "This isn't right. This is what I must do." She has a strong sense of doing the right thing, even if other people disagree. 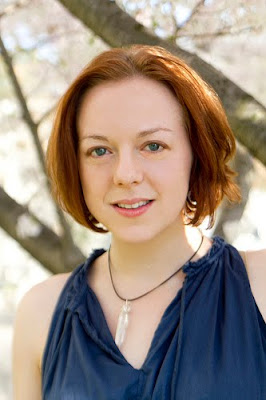 There were times I was reminded of another book in which a village is gripped by paranoia and that was Red Riding Hood by Sarah Blakely-Cartwright (click here for that review - oh, I watched the film. I prefer the book more. Just saying!) but there were times that it seems better and you sensed that the people of Near wanted an Scape goat and weren't afraid of framing an innocent person. I found that moment quite shocking...

Now, as I read the book so fast, I felt the last few chapters could have been a bit thicker. But that's me. Maybe I should reread those chapters to get my head round it. And yes, this included one really creepy moment when you discover what happen to the missing children...

At the present moment, I believe this book doesn't have a UK publisher (WHY NOT?!), so if you want to read this book, you have to get it imported from the states from Amazon or Book Depository but if you fancy reading a fairy tale-like story with a slight dark edge, this might right up your street.