Yesterday, Liongate revealed, from several different online locations, character posters for The Hunger Games. It was simple, yet effective posters. And, the lovely people at Hypable, got them all together and here they are... 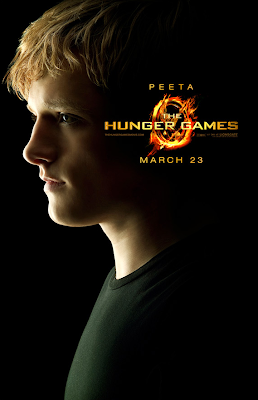 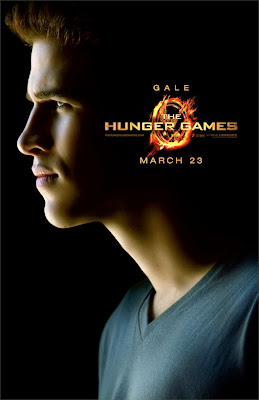 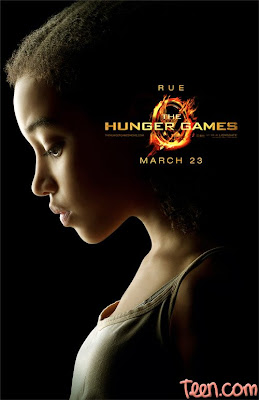 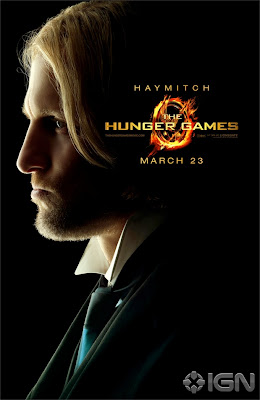 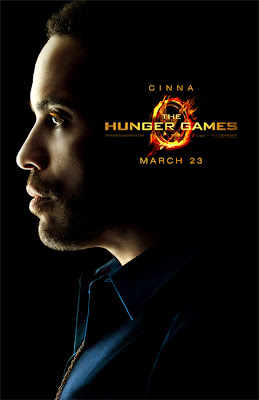 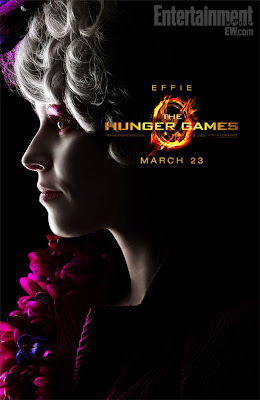 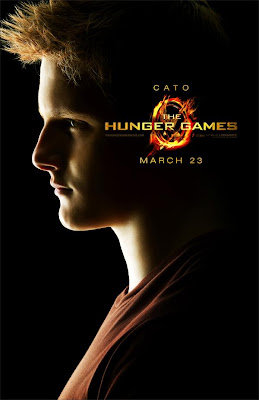 And here is the only poster, where the character is looking to the right. Well, with the lead being Katniss, THEY HAD TO!!! 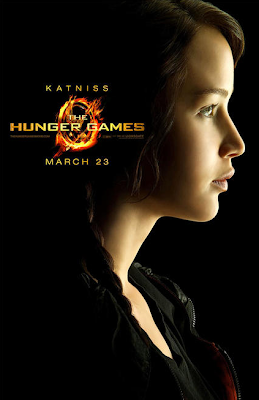 I really like them, much to my surprise. I'm still not 100% certain on Lenny Kravitz being Cinna (he's my fave character hence my resistance to him), but I love Rue's poster (it's perfect and heartbreaking) and whenever I look at Effie's poster, I feel the urge to laugh. It's tacky and it's perfect for her! Still not sure about Cato's poster (as I can't remember his character) but I thought we would see President Snow or Foxface. Now, that would be interesting to see...

Also, reported from Hypable, the real name of Foxface will be revealed in the movie! The actress playing Foxface, Jackie Emerson, revealed that the film will reveal her character's name as Suzanne Collins was heavily involved in the script writing process. She even, to my knowledge, wrote the first draft of the movie.

But what are you guys think of the posters and the news of Foxface's real name being revealed?
Posted by Pewter Wolf at 18:25:00