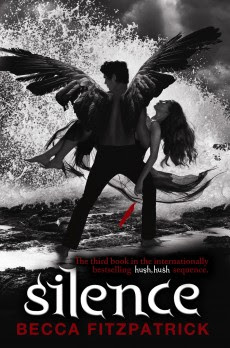 As you guys know, I like Becca Fitzpatrick. She seems to get the whole Fallen Angel genre. And she seems to write fallen angels better than any other writer out there. So, fans have been excited over the third book in the saga, Silence and the secrets in this...

Now, I finished the book Sunday night so am, at the moment, trying to get me head round it and understand it all. So, bear with me.

Silence is still as dark and as twisted as Hush, Hush and Crescendo and that's always a good thing. I wouldn't have liked it if it lose its edge in the dark side. And with this mystery over Nora's memory and why Patch is no longer around is interesting. Plus, the fact we're ahead of Nora on the whole Fallen Angels and Nephilim so seeing Nora figuring it out ALL OVER AGAIN was very interesting. 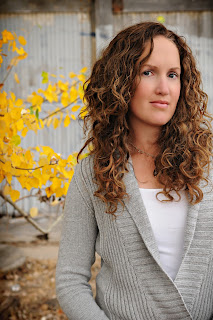 Now, there's a few things that might bother you guys. On one or two occasions that I did go "Wait! What?". There are so many things that go on that you do have to keep ahead of yourself. Also, there was a few moments where you want to grab Nora and shake her as she does something that you go "NO, YOU STUPID GIRL! DON'T DO IT!!!". One occasion I can think of when Nora returns home from hospital after being found at the graveyard and, within a matter of hours, she goes back to the graveyard without telling anyone where she was going and IN THE MIDDLE OF THE NIGHT! NONONONO!!!!

And the ending... let's briefly talk about that. With dates before Silence was released, Becca revealed via Twitter that there will be a fourth book in the Hush, Hush saga and this fourth book will be the final book in the series. Now, that I have read the ending of Silence, I can completely understand why there has to be a fourth book. It was left so open-ended and, at the same time, on a cliffhanger that there was no way fans of the series would have accepted the ending of Silence as it is to be the end of the saga.

Though Silence might not be my fave in the series, it still punches about its waist and give fans of the series more Nora and Patch. Plus, Becca Fitzpatrick is wonderful at writing, so I will be waiting for, what I hope will be, a stunning conclusion...

PS - when I bought both the Waterstones' (with exclusive chapter from Patch's Point of View) and the red WHSmiths at the PIW's (the Person I'm With) dad, and this is what happened... 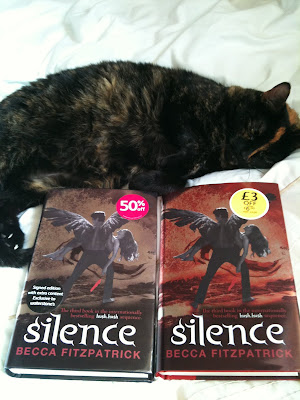