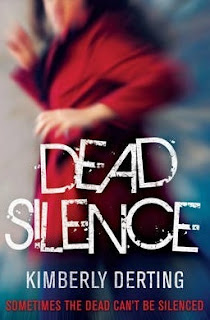 As you guys are probably aware if you have followed the blog in the past few months/years, I am a bit of a fan of the Body Finder series by Kimberly Derting. So, when the lovely Sam from Headline asked if there were people who wanted a copy and another blogger pal of mine (who is a fan of the series) Leanne from Daisy Chain Book Reviews popped me out and I was very kindly offered a copy of the fourth and possibly final book in the Body Finder series, Dead Silence.

Violet has a morbid gift. She can see echoes. It could be a smell, a sound, a sight. But she see them. And these echoes stay on the victim... and the murderer. But after the horrifying events of the previous book, The Last Echo (review here), Violet now has her own imprint. And she's forced/blackmailed to stay within the special investigative team, when all she wants is to ignore the horrors and lead a normal life with her boyfriend, Jay.

Expect, she stumbles onto a horrible murder scene. A family slaughtered, a daughter missing and a disturbing calling card from the murderer. Against her wishes, she's pulled into an investigation and soon, without even realising it, someone's life goes on the line. Someone very close to Violet. The question is: will they survive?

Now, after the shocking and tense The Last Echo, you expect Kimberly to shock us to our core with scenes of horror. And, actually, she doesn't. Kimberly turns the book series on its head. While we still have creepy factor and those chapters told from the killer's point of view (Kimberly writes these chapters still and she knows how to write her baddies!), Kimberly made this book the most personal to Violet. Violet is recovering from her ordeal of the Girlfriend Collector so she see her coping. And we see her discovering and reading her grandmother's journal who also had Violet's gift. 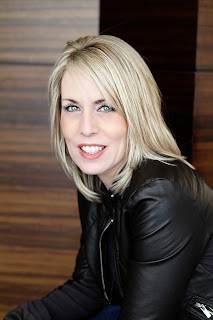 And this just works. We needed this. If Kimberly did another serial killer, I bet we would go "She's doing this AGAIN!" but this doesn't get that reaction. I read it and, while I wanted to know what happened to the family, I got caught up with Violet rediscovering her grandmother. That was what hooked me in this book. The personal journey Violet went on. From victim to someone who was going to rush into danger to save a life. That's the Violet we know and love!

Now, in the last review, I talked about the lack of Jay and the overuse of Rafe (I know some of you guys are Rafe shippers *eyes Emma from Book Angel Booktopia*). But Kimberly wrote a nice balance of both characters so she pleased all the Jay and Rafe fans. And yes, we have kissing. And a shirt-related scene with one of those characters (which is funny because last year, when Kimberly was in the UK [I can't find if I blogged it or not], she joked that she had written that scene then read a review on Goodreads, DEMANDING a shirtless Jay... but does this reviewer get her wish? That is the question...)

But yes, I really enjoyed this book and I really enjoyed this series. Now, seeing as I'm not sure if this is the last book in the series (is it? I kinda want one more. Please Kimberly!), this means I can tackle Kimberly's other series, The Pledge, and with news that she going to be writing a new series, The Taking (read her news here). But... yeah, I love this series and I want one more book. Please, Kimberly. Just one more...