#MurderOnTheBeach - In Defence of Suspense

WELCOME BACK TO #MURDERONTHEBEACH! So, you guy have read James Dawson's Defence of Horror (if not, why not?) but now, it's Kate Harrison's turn and here, Kate is fighting in defence of suspense.

So, take it away Kate!

I don’t know what horrifies you. I only know what scares me:

So. I could write a horror novel in which our heroine finds herself in a crashed plane in a strange French town inhabited very stylish zombies. She could run away from the tres chic zombies into a swarm of wasps, before finding ‘safety’ locked in a pitch dark sauna surrounded by unidentified squelch. 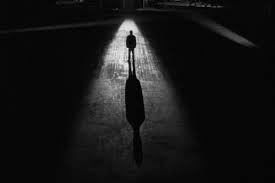 It would scare me. But there’s quite a high probability you might just get a fit of the giggles…

That’s my problem with graphic horror. It’s all or nothing. It’s the big close up on blood and gore.

Whereas suspense is all about what lurks in the dark. Your own private fears, waiting for you down that dark alleyway, or under the bed. In horror, what emerges is covered in snot and makes a gurgling noise… but sometimes it’s scarier if the frightening thing stays put.

The perfect example for me was the first episode of the new series of the BBC’s Luther.

A hand appeared from under the bed. Terrifying.

I’d have cut the shot right there. But no. This script was as subtle as a werewolf on the 5:2 diet.  By the middle of the show a guy had destroyed his hands in a whirring blender to avoid being fingerprinted. The end of the episode featured a man being slammed down so hard against the attic floor that his body broke through the ceiling where his wife was on the bed below. I jumped, for sure, but I also felt irritated. The scariest bit in the whole show came before that, when ceiling man was rummaging around in the loft, not knowing what was there. 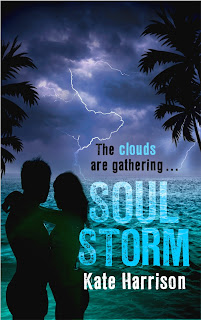 It’s why I’ve never gone for gore in Soul Beach. Sure, my dead characters have been through the mill, with murder, plane crashes, kidnapping and the rest. But I portray them as beautiful –  it’s up to the reader to imagine what Guests might have suffered, to tune into their own emotions and fears.
And as my heroine Alice is stalked by her sister’s killer, I focus on the murderer’s state of mind, not their violent visions.

Horror serves up the details, like a slithering bowl full of entrails.

Whereas suspense makes your imagination do the work, summoning up personal terrors that will last long after you’ve put the book down…
Posted by Pewter Wolf at 13:00:00