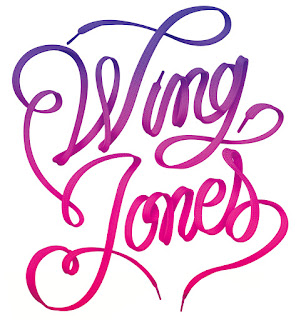 Now, for those of you not in the loop on the Twitter buzz, Wing Jones follows Wing who is caught between two worlds due to her two grandmothers - one from China and the other from Ghana. But when a tragedy hits her family, Wing discovers that she has a talent for running. This talent could bring so much to her family, but it could also stop Wing from getting the one thing she wants...

Now, it's time to check out the photo and the memory from Katherine's past. But before we go further, I just want to thank Katherine for being so open with this tour and sharing her memories and photos. And I, also, want to thank Kirsten at Walker Books for asking if I wanted to be involved and for keeping this tour all organised (there is forty bloggers doing this over the course of January. FORTY!!! How did she keep this straight in her head I have no idea!)

Also, if you want to check Katherine out, you can pop over to there website at http://www.kwebberwrites.com and her Twitter at @kwebberwrites.

Now, into the pensieve we go to see the photo and the memory we stole from Katherine... 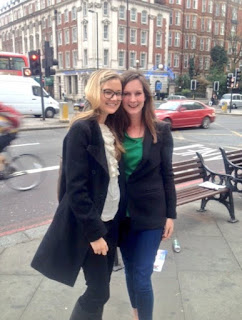 And then, one of my biggest dreams came true. After shelving my YA fantasy, and sending out another project to agents, I started writing WING JONES. And everything clicked. It felt different. It felt like what I should have been writing all this time. After getting so many rejections on previous manuscripts, I received an offer of rep from most of the agents I sent WING JONES to—including the incredible Claire Wilson at RCW. I knew she was the perfect agent for me and for WING JONES.
Posted by Pewter Wolf at 07:30:00