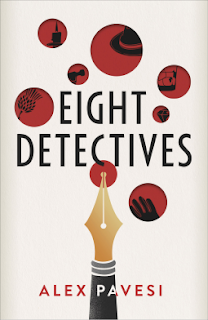 I am going to admit, right here and now, that I am not the biggest crime/mystery reader.Not that I don’t like the genre - I do, hugely, just as much as I like reading fantasy - but I am not as well read in the genre compared to other readers, so when I first heard of Eight Detectives, I admit I was a little curious, but made an active decision to not know much about it. I requested it from the UK publishers on NetGalley and, after several months of “Oooh”ing and “Ahh”ing, I decide to give this a whirl, though I was still in the dark over what exactly this book was about.

Grant McAllister is a professor of mathematics. One day, thirty years ago, he wrote a paper about the mathematical rules of murder mysteries. He wrote a collection of seven short stories inspired by his paper, self-published the collection - The White Murders - then vanished from public life, living in seclusion in a small village on a quiet Mediterranean island.

That is, until Julia comes along. Julia is an editor for a small, crime publishing house and its owner wants to republish the collection. Together, the two go over each of the seven stories to amend for a modern audience.

But Julia notices that, in each story, there’s are errors. Inconsistencies that reference a real life murder that has been unsolved for thirty year. The murder of actress Elizabeth White, which the media dubbed at the time, The White Murder…


I am going to admit this right here and right now: this is going to be a marmite book. You are going to either love it or hate it. And the main reason for that is how the book is written.

Like I said earlier, I went into this knowing little to no information, so I was completely thrown by how this novel was written. It’s jumps from one of the short stories with The White Murders then a chapter of Julia and Grant talking about said story, then back to another short story and so forth. Now, some of you guys will recognise the style as it’s been done in The Magpie Murders and Moonflower Murders, both by Anthony Horowitz, but those focuses on novels within novels, not short stories. So, this jumping back and forth, and to different stories as well, might be a bit jarring.

Oh, before I go further, I did find it odd that most of the short stories have strong nods to Agatha Christie, and both Julia and Grant hint to that by saying things like “We’ve seen this done before successful” and yet, not once, mention Agatha Christie’s name nor the titles in questions, even though we have just read the story so it wouldn’t really be a spoiler, would it? 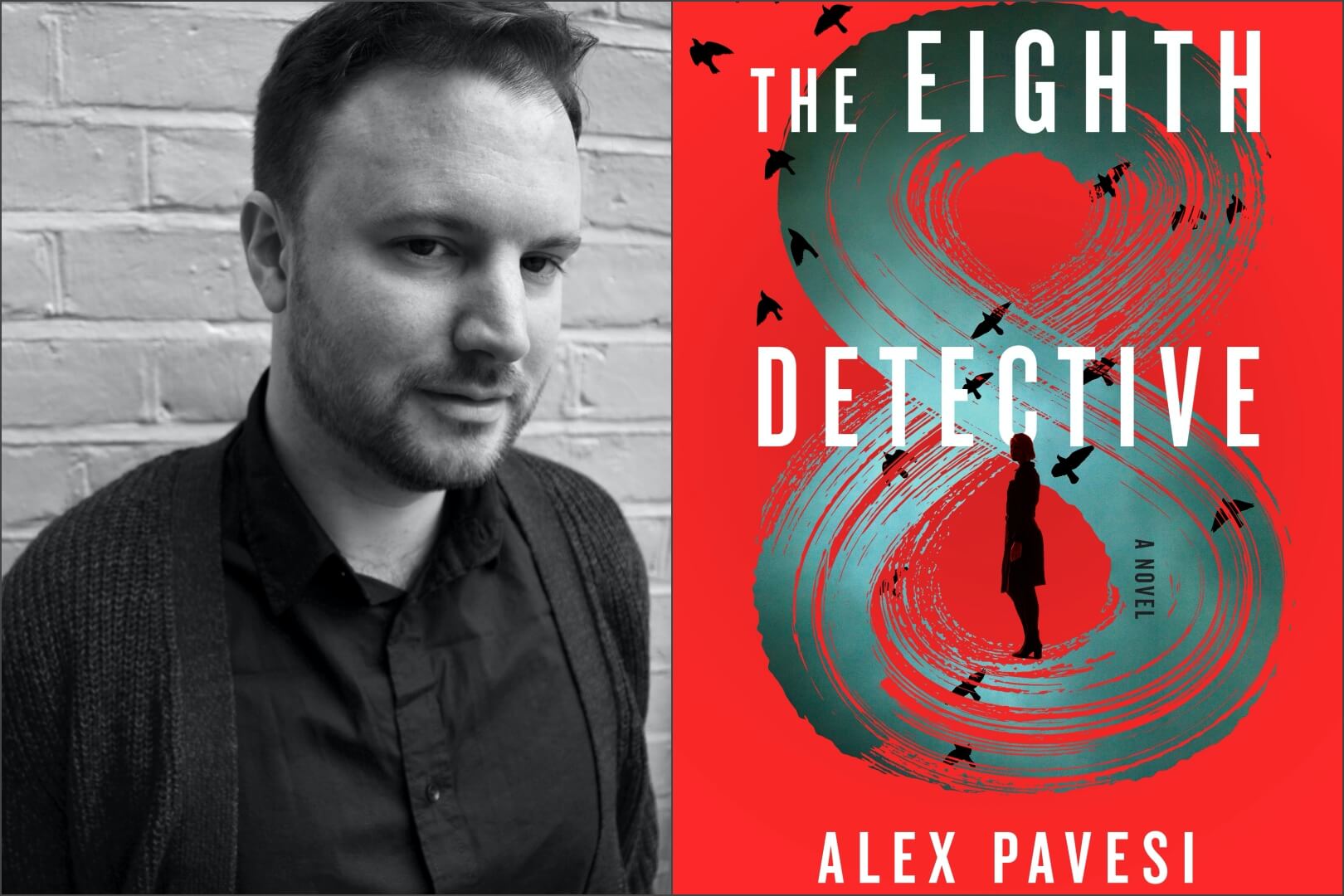 But, I liked most of the short stories in here, which take up around three quarters of the book. Most, if not all, were dark and twisted. But the main mystery - the mystery of Julia and Grant - was much more a slow burner, maybe a background mystery, because we spend so little time with them. Maybe that’s the point. Readers, like Julia, have this growing sense of unease, of mistrust, and we have to figure out quickly what is going on.

Speaking of that (sorry, I should talk about the writing and I will in a second), the last three chapters were my favourite. I was listening to them, walking round my kitchen in a small state of shock as truths come flying. Now, I guess a good handful of them and I was pleased that I did, but there were others that I didn’t get, and this is where readers might get annoyed because they come out of left-field and there’s not really any clues to these reveals. How are we, the readers, meant to solve a mystery if the author doesn’t play fair and give the readers the clues? Are those reveals just a “shock” ending?

Now, I liked these endings - to me, they make sense - but I would have liked a clue or two, even a red herring to go “Huh? That’s odd…”

Now, the writing. To me, the writing worked. It was sparse enough with just enough detail to keep the stories (let’s be truthful, we have about eight stories on the go) going. But, I understand that this might not work for other readers who would like more detail.

Like I said before, this is going to be a marmite read for some readers. Some readers won’t like it, others will. I enjoyed it and I am intrigued to see what else they write nexts.
Posted by Pewter Wolf at 08:00:00