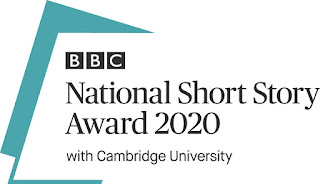 The BBC National Short Story Award with Cambridge University (BBC NSSA) shortlist was announced this evening, Friday 11 September 2020 during BBC Radio 4’s Front Row. Celebrating 15 years of the Award, the shortlist included established and new voices with 2013 winner of the Award Sarah Hall shortlisted for the fourth time. The judges praised the shortlist for its energy, experimentation and versatility with the stories ranging from ‘perfectly miniaturised flash-fiction’ to the ‘fully literary and layered’ via diverse and topical inspirations including Black Lives Matter, millennial relationships, addiction, loss and family politics.

The 2020 winner will be announced live on BBC Radio 4’s Front Row on Tuesday 6th October.

All five stories will be broadcast on Radio 4 and on BBC Sounds and published in an anthology produced by Comma Press. The readers of this year’s stories include award-winning actress of stage and screen Anne-Marie Duff, who reads ‘Come Down Heavy’; Law and Order actor and rapper Ben Bailey-Smith, aka Doc Brown, reading ‘Pray’; and Outlander star and Northern Irish actor Laura Donnelly reading ‘In The Car With the Rain Coming Down’. Lydia Wilson, whose television credits include Requiem and Flack reads ‘The Grotesques’, with Call the Midwife and Fresh Meat actor and singer-songwriter Charlotte Ritchie completing the line-up with ‘Scrimshaw’.

Jonathan Freedland, journalist, author and Chair of Judges for the BBC National Short Story Award 2020, says: ‘In a strange, perplexing year, we five judges were privileged to be taken away to worlds both faraway and near, rendered by five brilliant writers. These stories deal with the timeless human preoccupations – family, love, loss, longing – but with freshness, energy and great skill. Any reader picking up the collection or tuning into them on air has a variety of delights to look forward to and – luckier than us – they'll be free of the painful task of picking a winner.’

Di Speirs, Editor of Books at BBC Audio and judge of the Award since its launch says: ‘I am inordinately proud of this year’s shortlist – it’s sharp, relevant, sometimes heart-rending, sometimes funny! If we set out 15 years ago to help save the short story, what this year’s writers prove is that in 2020 it is rude health and more versatile and flexible than ever. From what is practically but perfectly miniaturised flash fiction, to the fully literary and layered, via bold new voices tackling tough realities and incisive humour within domestic tensions, this list reflects a generation of writers playing with form, range and the freedom of short fiction. Do listen to or read them.’

The BBC National Short Story Award with Cambridge University was established to raise the profile of the short form and this year’s shortlist join distinguished alumni such as Zadie Smith, Lionel Shriver, Rose Tremain, William Trevor and Mark Haddon. As well as rewarding the most renowned short story writers, the Award has raised the profile of new writers including Ingrid Persaud, K J Orr, Julian Gough, Cynan Jones and Clare Wigfall.

‘It is a pleasure this year to see the shortlist represent both established writers of short stories, and new emerging writers, reflecting Cambridge’s commitment both to studying the canonical history of short fiction, and its focus on nurturing students’ creativity and voice. In a year such as this, the shortlist yet again demonstrates the importance of creative writing, especially the short form, for making sense of the world we all share.’ 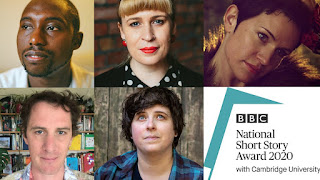 About the short stories:

British-Ghanaian Caleb Azumah Nelson’s ‘Pray’ is a ‘vibrant, invigorating and agile’ story set over a summer in South East London. Charged with ‘wit, anger, affection and sorrow’, the story shows the reality for young black men navigating a world that ‘wasn’t built with us in mind’.  With characters and dialogue so alive they reach out from the page, ‘Pray’ explores fear, injustice, masculinity, race and the origins of violence. Caleb’s eagerly anticipated debut novel Open Water recently sold in a nine-way auction and publishes in February 2021.

Jan Carson, winner of the EU Prize for Literature for Ireland 2019, is shortlisted for her ‘tender, humane and sharply observed’ story ‘In The Car With the Rain Coming Down’. Inspired by her upbringing in rural, Protestant Northern Ireland, she takes both her characters and readers on a literal and emotional journey, weaving together family politics and community rivalries as a family set off on an ill-fated picnic. Tender, nuanced and funny, it will resonate with anyone who is part of an extended family.

Carson is joined on the shortlist by Sarah Hall, the 2013 BBC NSSA winner, twice nominated for the Booker prize and the author of five novels. ‘The Grotesques’ is the ‘brilliantly observed and layered story’ of a young woman’s birthday gathering. Set against the backdrop of privilege and inequality in a university town, it explores themes of toxic mother-child relationships, covert control, scapegoating, and the masks we can wear to either challenge or conform to our place in society.

Shortlisted for the Award for the first time is Keats-Shelley Prize runner-up and one-to-watch Jack Houston with the ‘uncompromising, compelling’ ‘Come Down Heavy’, inspired by his own experiences. Echoes of Kae Tempest and Irvine Welsh imbue the prose-poetry of his ‘breathless’ work – a spiralling, unsettling and disorientating story of two women’s seemingly unstoppable descent into a world on the fringes of society; a world of poverty, violence, addiction and despair.

Completing the shortlist is Eley Williams, Creative Writing Lecturer at Royal Holloway and winner of the James Tait Black Prize, shortlisted for her surreal and succinct ‘Scrimshaw’. A ‘fresh, funny’ take on millennial relationships and the perils of modern smartphone communication, this ‘taut tale’ told via a late-night text session and inspired by the ‘literary nonsense’ of Edward Lear and Ivor Cutler, explores self-censorship, anxiety, attraction and the boundaries of language.

The BBC also continue to celebrate young, emerging talent with the sixth BBC Young Writers’ Award with First Story and Cambridge University shortlist announced on Sunday 20th September. Open to 13 – 18 year olds, the aim of this Award is to inspire and encourage the next generation of short story writers and is a cross-network collaboration between BBC Radio 4 and BBC Radio 1. The winner of the BBC Young Writers’ Award will also be announced on 6th October on Front Row.

FOR FURTHER INFORMATION ON THE AWARD PLEASE VISIT

Photos of the shortlisted writers and logos are available to download here.

ABOUT THE SHORTLISTED WRITERS:

ABOUT THE AWARDS AND PARTNERS: