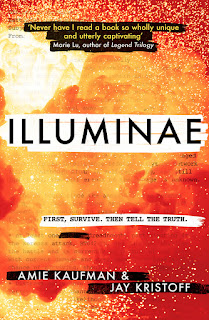 Ok, I did warn you that I might mix things up on the Pewter Wolf and on my Goodreads (goodreads.com/pewterwolf) for the next few months, till I find my groove back with reading and blogging (this is a strange new time!), but after listening to the audiobook of Illuminae (a reread, as first read it back in 2018), I knew I wanted to talk about this so, let me get the typical “Here’s all the Info/links” rubbish out of the way and we can talk!

Now, I’ve already read this so this is a reread and I know most of you guys have read this as you are much better readers than me, but if you haven’t, Illuminae is a bit of a weird one. But in a good way. Stay with me with this as I try (and fail) to explain this.

The year is 2527 and two megacorporations are at war over a tiny, ice-speck of a planet. Shame no one thought to warn the people on the planet. As enemy fire falls down on them, Kady and Ezra must make their escape to the evacuating fleet. There, they will be safe. Right?

Wrong. A deadly plague has broken out on one of the ships and is mutating, the ships’s AI has gone AWOL and the enemy ship that was destroying the planet is chasing them, wanting to kill them all. And no one is saying or doing anything. Kady knows her way round computers so she decides to hack their computers to find the truth, but soon realises that she needs one person’s help: Ezra. Yet, there’;s a problem with that: they broke up mere hours before all this crazy started and she’s not sure she wants to talk to him…


Oh, also, this book isn’t told in the typical way. It’s told via reports, emails, diary entries, and some pages are written in a really unique way! It’s a bit of a weird book to read, but 100 pages in, your brain clicks and you run with it! Hang on, if I can find a page or two online (via other blogs who have a physical copy) to share on here, I will put below! 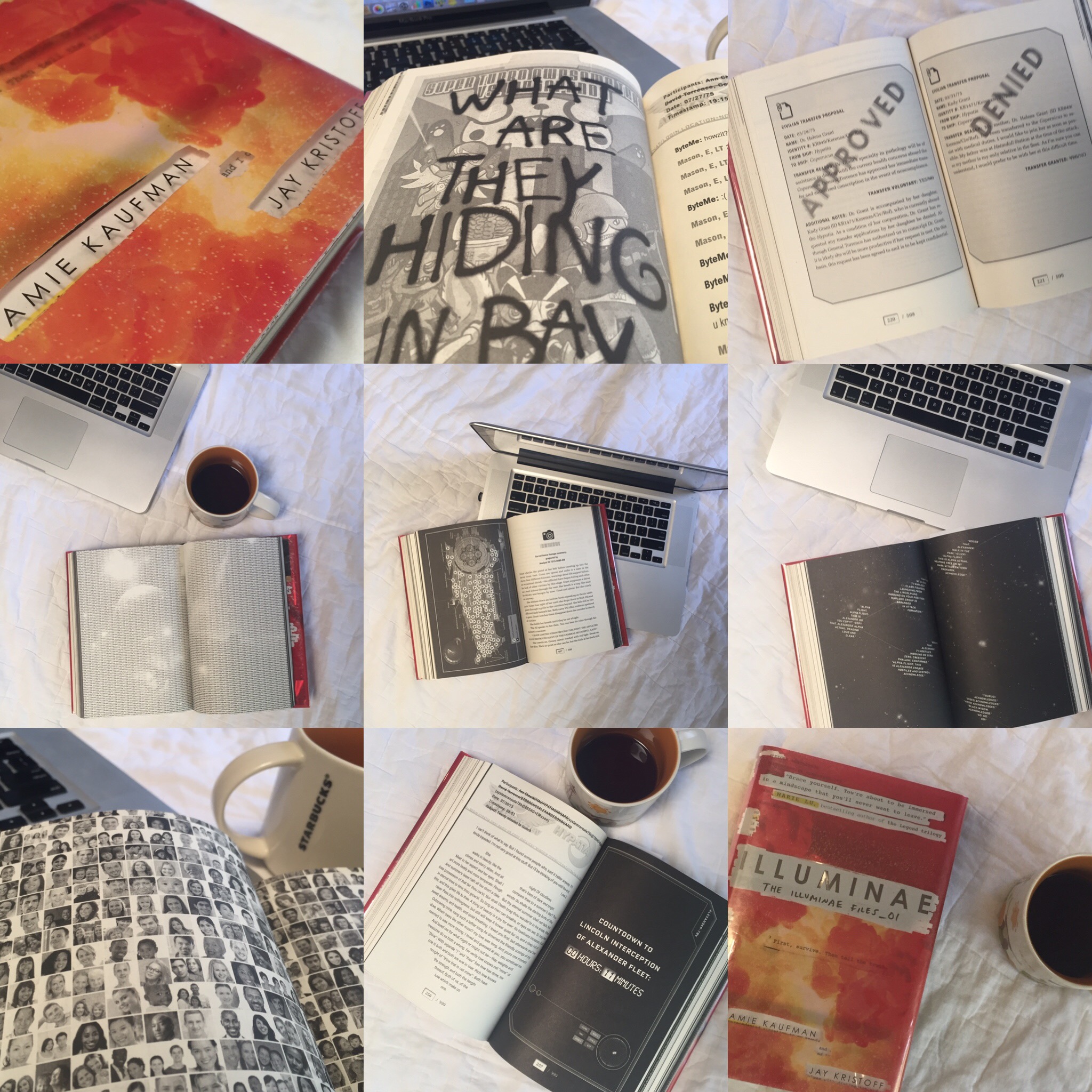 You see? This is a very unique read and I think this continues throughout the trilogy, though I’m not sure how gimmicky this will feel as the series goes on.

However, this moving into an audiobook format both works and doesn’t.

It doesn’t as, because this series is told in a unique way, you lose some of that uniqueness. How are you meant to listen to the few pages I show above? You lose that and that adds a layer to the story.

However, at the same time, because this is told in reports, emails, diary entries and other ways, this slips easily into audio. And, because some elements are lost, others are added. The audiobook is full cast, there are sound effects and how certain sections are edited and record is do interesting and keep an element of uniqueness, it’s adds something.

Another thing I liked about this audiobook, more a tad more than the book, is the unexpected. When you’re reading a book, you kinda spoil yourself (by accident) by seeing things further down the page. You can’t do that in audiobook so, every time something unexpected happens, you jump. And with this book being very sci-fi horrorish, this works. A good example is a moment a good two hours near the end where two characters are talking and, out of nowhere, a third voice appears, taunting. And it’s terrifying! I jumped out of my skin when that happened! I don’t like horror, but I don’t think I felt scared or creeped out when I read this. Audiobooking this was a completely different story!

So much so, I bought the rest of the trilogy on Audible.

But, do I recommend this to you guys? Yes. But on which format? Book or audiobook? I want to say both, but if I had to say one, I would say physical. You get more uniqueness to it. But, I love the audiobook, so am sticking to this format - wish me luck that I don't get any more creeped out as this series goes on!
Posted by Pewter Wolf at 08:00:00