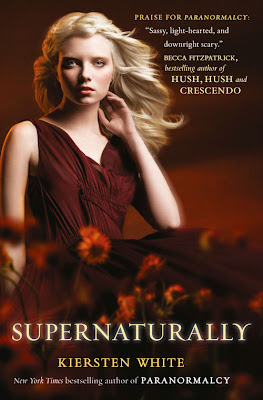 I think I made a tiny mistake when I got this. I got this on my kindle a few months ago so I think I got this from the US publisher, HarperTeen, and not the UK publisher, HarperCollins. Sorry about that. But it's so hard to tell when you're buying on the Kindle (unless you are super careful, which I'm not) if you're getting the right version. Oh well, I made a mistake and I only realised it. DON'T HATE ME, HARPERCOLLINS UK!!!

In the second book to the Paranormalcy trilogy, Evie has left the International Paranormal Containment Agency to have a normal life, to wait for the weekends where she can spend them with her shapeshifter boyfriend, Lend, and go to school, have her own locker and try to survive gym.

Expect real life is... well, normal. And boring. So when Raquel appears in her life again and asks if Evie would considering returning to the IPCA as a freelance agent, she's tempted. But as she slowly revisits her former life, she notices that something is wrong... But are the fey really behind it?

I read this very quickly. Within 5 days (though I didn't read it on one of these five days so, technically, I read it within 4). And, because I read this so quickly, I might have missed clues and humour which I know must have been there but I missed. But I still felt the book's flirtiness and hints of humour. It was there! But there weren't as many moments where I snickered compared to when I read Paranormalcy. 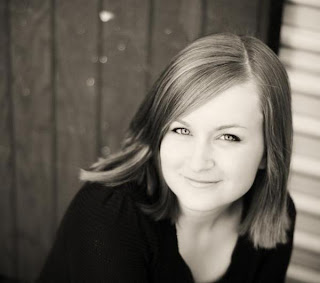 I don't want to say this book suffered from Second Book Syndrome, but some people who loved Paranormalcy might think it has. There were moments where you could "Really?" on certain situations. But once you get your head round the situation that Evie finds herself in, it made sense. It did with me as Kiersten White hits the ground running with why Evie considers and accepts the position at IPCA so it made sense to me.

But it was the humour and the mystery that made me enjoy this story. We met a new character, Jack, who injects a huge amount of humour into the story and once the story kicks it up a gear, it felt like the fast read.

While it didn't have the same "wow" factor that Paranormalcy had, this is a nice fast read and I will intrigued to see how Evie and Lend's story ends in Endlessly (and I still don't get you Reth shippers out there... I just don't see it!)