GoodRead - Under The Never Sky 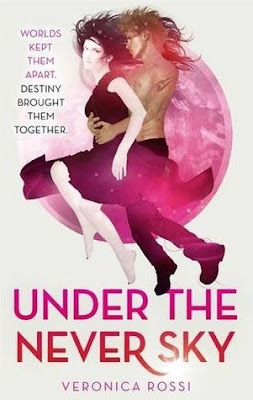 Anyway, I think I heard about this book at the Atom Books Bloggers Event late last year and, while I think I heard of this before the event (Twitter, maybe?), it wasn't till the Blogger Event that I went "Oh, this sounds up my street!" as this has been described as a mix of The Hunger Games meets Matched, and as I really like both these series, this got high on my ALREADY-HUGE To Be Read pile of books.

Aria has lived her whole life in the protected dome of the Reverie and has never thought of the world outside. Until her mother disappears. And after an terrible incident, she is thrown out into the outside world - the Death Shop - where the dangerous electric Aether storms might kill her. If not the storms, then the Savages might...

Outside the Reverie, an outsider called Perry breaks into Reverie to get life-saving medicine. But after the incident, his nephew has been snatched and Perry, blaming himself, goes to save him...

Two characters, two stories, and yet (of course) they meet. They mistrust each other and yet, they need each other...

Before I go any further, I'm pretty sure you guys have read other reviews from my blogger pals and they, mostly, have said the first 100 pages is a bit hard to get into. But, if I'm honest wiith you, I didn't have that problem. I fell straight into the story and like the all the build-up and showing us how different Aria and Perry's worlds are: Aria with her world of technology and Perry with his outside world. I always liked it when, later in the book, they both had to switch worlds and have to copy with that. 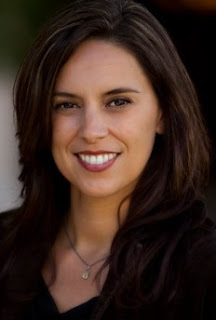 This is a dystopia novel, but this didn't feel like your typical dystopia novel as this was mostly set in nature, and for some reason, this was interesting for me to read. I hope that in the next books in this trilogy (yes, ANOTHER dystopia trilogy!) will explain the Aether storms and how they got worse, forcing the world to split between living in Reveries or braving it.

However, this book isn't perfect. There were times I read this and I felt it was a tad flat or it didn't feel right. Like it lost a step (but for me, this was near the end of the book, not the beginning). Also, one twist was revealed and I felt that it was a bit flat. However, the events that followed and were linked to this revelation was played out quite well, but it felt like there was no clues, leading us up to that point so we can go "Oh! THAT's why!"

I do like this book, and I will be interested to see what happens in the sequel, Through the Ever Night, and how Warner Brothers turn this into a movie (they got the movie rights to the WHOLE trilogy). I do hope for more in the next book but we shall wait and see...