The Girl Who Leapt Through Time - Movie Review 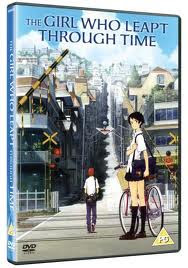 Earlier this week, I reviewed the Japanese classic The Girl Who Leapt Through Time by Yasutaka Tsutsui (haven't read it? Here you go!). And, after watching the trailer and one fan-made music video (using the movie against the song "Must Be Dreaming" by Frou Frou. Both of which are below), I treated myself the movie (so you guys knows, there are apparently several versions. This is the 2006 version, just so you know).

The film is, according to Wikipedia, is a loose sequel to the book as it tackles the same subject matter but there are different characters and the story is slightly different.

So, the movie. 17 year old Makoto gains this ability after an accident in her high school chemistry lab, (and then almost getting killed at a train crossing). After this discovery, she immediately sets about improving her grades and preventing personal mishaps with her and her friends, Chiaki and Kōsuke. Before long however, she realizes that even innocuous changes can have terrible consequences. And consequences she couldn't possible imagine...

This isn't the same as the book. Let's make this clever as I am a book loyalist when it comes to film-based-on-book. This takes the bases of the story and let the story breathes. And this is a good thing for me as I watched the film and go "I like where this film's going". 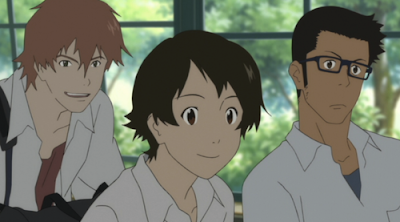 While I do think that, if you fancy reading the book then you should, but if you do, then you should watch this film as well. The film is such a good little gem and makes me want to rewatch my Studio Ghibli films (I only own three. Maybe FilmFour should do a season of them all...)

Email ThisBlogThis!Share to TwitterShare to FacebookShare to Pinterest
Labels: movie news, Random, The Girl Who Leapt Through Time, Yasutaka Tsutsui