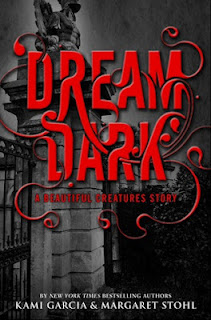 When I said, quite casually on Twitter, that I was going to buy this, people of Twitter got upset. "But you haven't read the series!" they cried. "You're spoiling yourself if you read this series!" (my fave response was "NO YOU CAN'T DO THAT BLASPHEMY!") So, I have to explain why, even though I said I won't read it to several people on Twitter (*looks sheepish as the stares of @JeffreyWest & @CassJayTucker* hi).

Because I wanted to read it. Plus I do this all the time with series (have you not seen me attack the free short stories for the Soul Screamers series) so I can get the feel for the writing style so I know if I will get on with the series...

So, Dream Dark takes place between Beautiful Darkness and Beautiful Chaos so if you are reading this series, SPOILERS AHOY!

Following the events of Beautiful Darkness, something isn't right with Link. He seems to have gone off his food. He seems to have grown several inches taller. And when did he develop muscles like that from? And how did he heal from that bite so fast? Look out Gatlin, South Carolina, here comes the first Linkubus...

This is a story for the fans. I have to say this first and foremost so, if you're like me and know nothing of the series, BACK AWAY! This isn't for you.

But saying that though, I quite liked this story. Link was a fun character. Do you know how hard it is to find a fun character from a series which is quite dark? And the writing was good! Which solves me question over if I'm going to read the series or not... 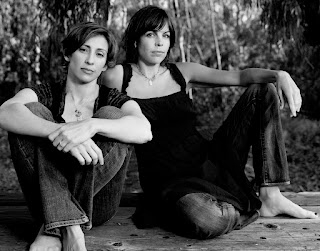 Of course I was. I'm going to see the movie (It has Emma Thompson, Jeremy Irons and Viola Davis in it! And have you not see that pic of Emmy Rossum being Ridley?! THIS FILM BETTER BE RELEASED IN THE UK!!!) so, of course, I'm going to read the book.

My main problem is the length. I wish the short story was longer (TEASE THE FANS!). I spent 49p on this (not much, I know), but I want more money's worth. And if I was a fan of the series, I wouldn't want to pay this, only to get 56% of Beautiful Chaos teaser, which is a good teaser for those about to read Beautiful Chaos, but not me who hasn't read the series (I didn't read this so NO MORE spoilers than what I read [which by the time I read Beautiful Creatures, I would have COMPLETELY forgotten!]).

If you are a fan of the series (and/or you're lusting after Link), this is essential. If you're like me and unsure over the series, go to your local library or download a teaser of Beautiful Creatures on your eReader and see what you think...

PS - I wrote this several days before the Beautiful Creatures teaser trailer come out and the same song I chose as my theme song for Dream Dark was used on the teaser trailer! I'M PSYCHIC, PEOPLE!!!