Another Saturday, another Night School Saturday. This is turning into a habit, isn't it, lovely readers, is it not?

The director of the Night School: The Web Series, Jack Jewers, asked if I wanted to take part in showing off the series (the first of its kind in the UK - who knew?!) and I said yes - like I said last week, am a bit of a fan of the series...

Anyway, today, the actor playing Katie Gimore - Grace Parry - talks about what it was like to play the mean girl in yesterday's episode, The Gilmore Girl. Not see it yet?

Compared to last week's very tense episode of Power, this is very much the opposite (and possible one of my fave episodes so far in the series!).

Now, before I throw this over to Grace (who took time out to write this tiny piece!), I just want to share the love so, if you want to follow Grace, Jack or CJ Daughtery on Twitter, you can go and follow them on Twitter at @GraceParry93, @JackJewers (or @trailer_made) & @CJ_Daugherty. (and once you've done that, you might want to watch CJ and Grace on London Live, chatting about the web series and how it came to be...)

All set? Right, over to you, Grace! 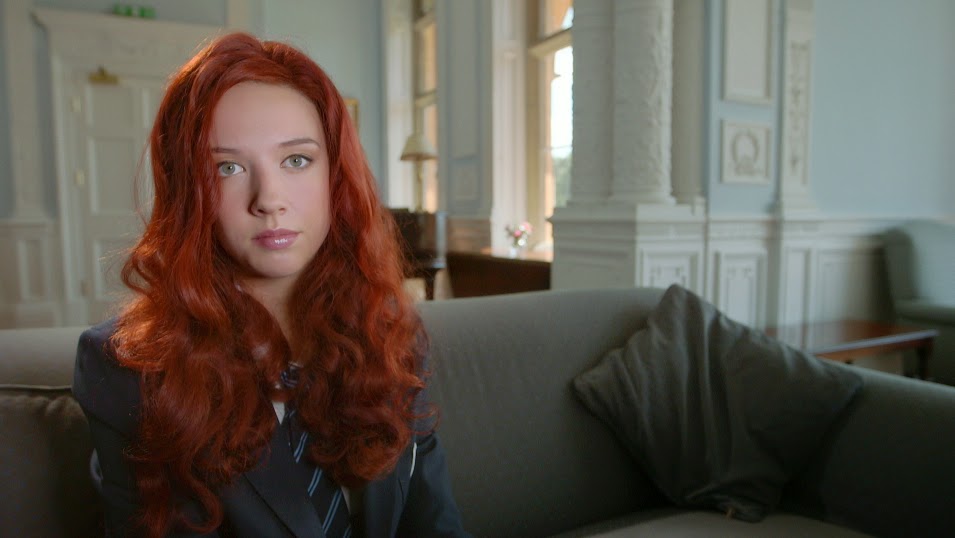 There’s a quote ‘everyone loves to hate a mean girl’ and I’m sure the fans of Night School will say this definitely applies to Katie. She’s someone who will say EXACTLY what’s on her mind and not think about the consequences. (Somewhat a trait I admire in Katie. At least you know where you stand!)

I love that my episode of Night School: the Web Series gives Katie the chance to tell her side of the story. Yes, she may be privileged (I wish I could be chauffeur driven everyday) and something of a queen bee (“thank God for this face!” – my favourite line) but ultimately her heart is in the right place. I think because of this Katie helps bring the comedy to Night School she was certainly a LOT of fun to play.

My casting is very often ‘the nice girl’ so playing Katie was something of a new and exciting challenge for me. There was something very exhilarating as an actress, having to unleash my inner ‘mean girl’ for the role. I think the fiery red hair definitely helped the character choice too. In fact, not only was I tempted to keep the hair after filming, I was finding myself having to bite my tongue and not get in trouble for saying something Katie might!

After reading the books and The Gilmore Girl script, I immediately saw a character reference to Lindsay Lohan in Mean Girls (name a teenage girl who can’t quote the whole film – not ashamed to admit I can!) It would be hilarious if people were quoting Katie after the episode goes up. 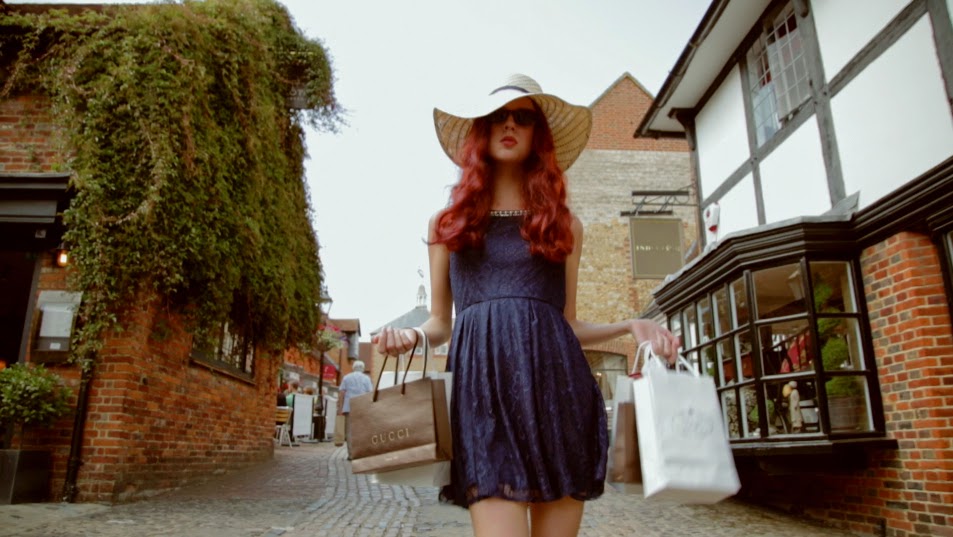 The day spent filming The Gilmore Girl was so much fun! The school used as Cimmeria Academy (Frensham Heights in Surrey) was just like Hogwarts. I think every girl should have the chance to have a day in the life of Katie Gilmore – a trip to the spa, shopping and of course, after all that hard work, stopping for a Cappuccino (without sprinkles!) A chance to do all of that again would be lovely- so fingers crossed for a second series ;)

I just hope by the end of the episode the audience learn to love Katie as much as I do!
Posted by Pewter Wolf at 10:00:00