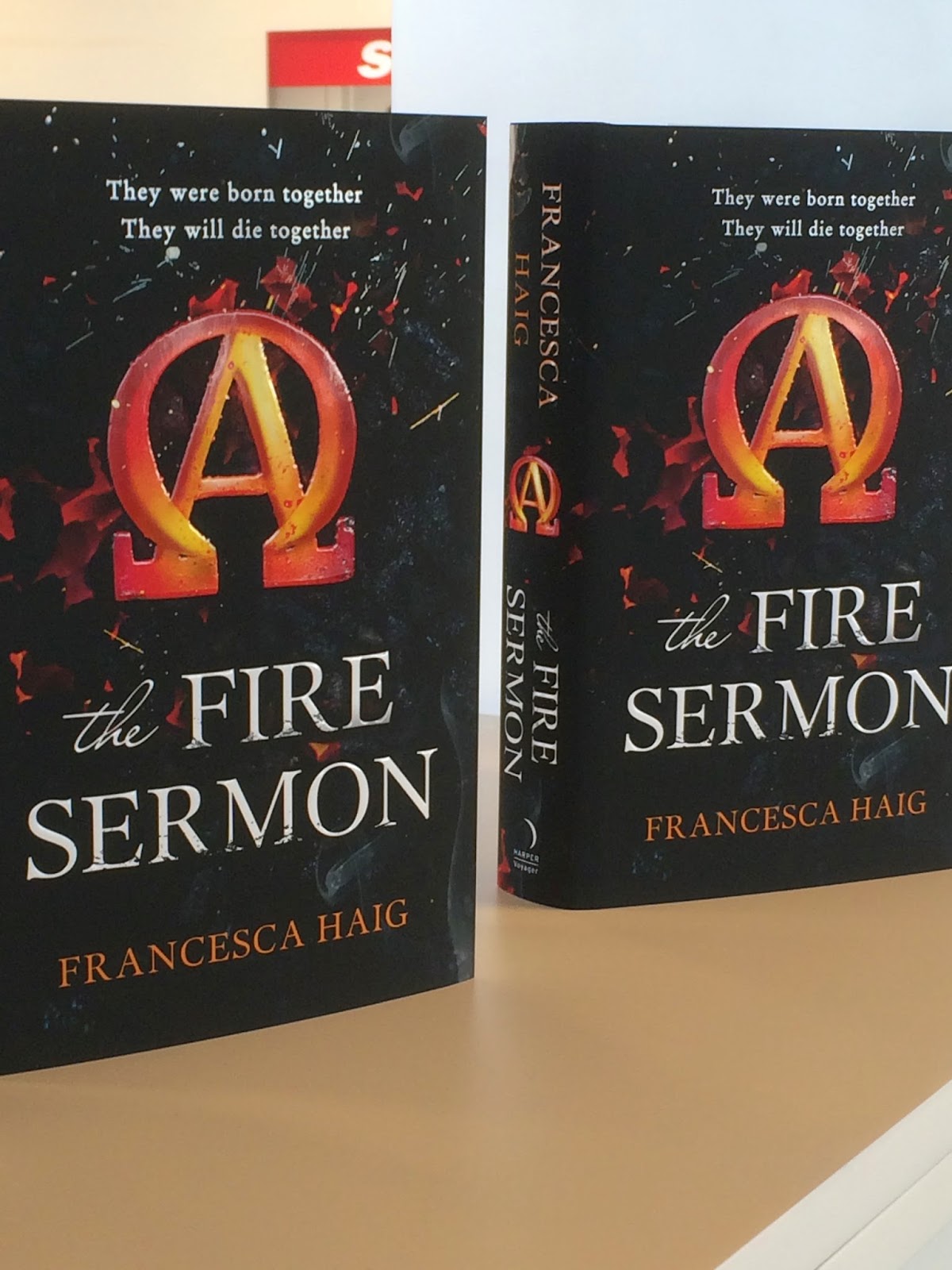 Earlier today, I was at HarperCollins for a blogger event of The Fire Sermon, a first book in a new trilogy by Francesca Haig. And most of the people who were invited had read or was at least halfway through the book and loving it.

I haven't read it. So I was panicking a little. I feared I would have to lie through my teeth and say things like "Beautiful use of language", "That twist! Did you see it coming?"and "Such a strong lead!". Basically, this video in a nutshell from BookTuber Stevie from SableCaught (who I met again today! So cool to see you and all the other bloggers again. I MISSED TALKING TO YOU ALL FACE TO FACE!!!)

But once I got to the event, I discovered (to my delight!) that there were a small number of us who hadn't read the book (HOORAY!!!) so we were going into this new series blind.

The group of us bloggers were taken into a cafe area of HarperCollins's new building and we just stared at the view! They have an amazing view of London! And they have a wall made of books (or, a wall covered in book spines!). I think all us book bloggers and vloggers all wanted to take it home (I did, but I had my eye of the huge lamp of The Tiger Who Came to Tea...).

Once we all had a tiny catch up, we all sat down and listen to the Publishing Director, Jane Johnson, chat about how Harper Voyager was going to be 20 this year and showed a short video where I discovered that I have more books from this publisher in my TBR pile (ok, on my kindle) than I thought... 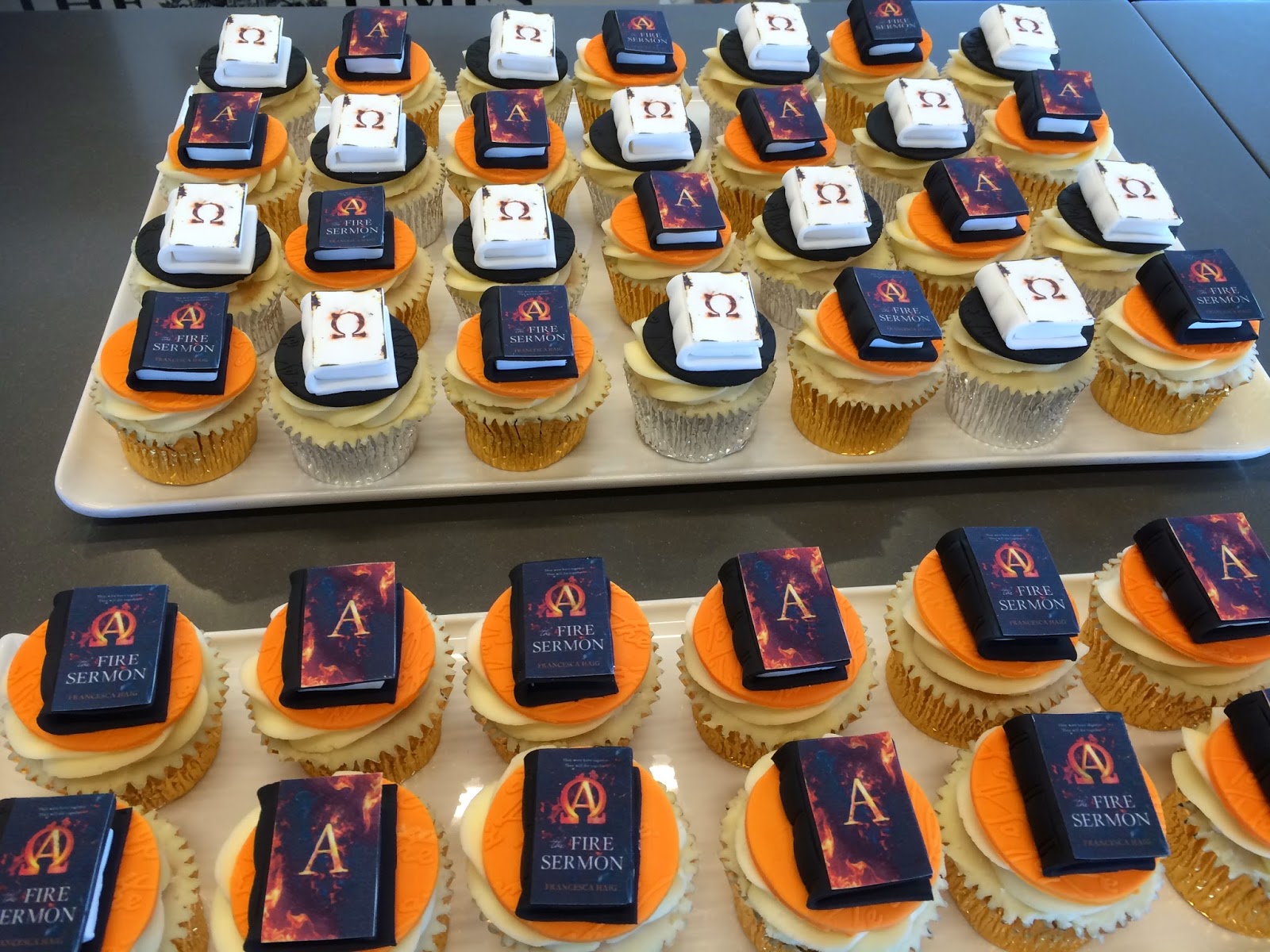 Then, Francesca Haig chatted about The Fire Sermon. This book is getting hype/buzz. It;s sold in 26 territories and Dreamworks is going to adapt it into a movie - they phone her every now and then to check details! She read two small extracts (she found out some of us didn't have a copy so she kept them as spoiler-free as possible) and answered questions on the book and writing in general.

The book, she revealed, started life as a question - "What if when one twin dies, so did the other?" - from then, it took form (though she is a published poet and a professor of Creative Writing [sorry, my notes are a bit mixed up so apologies if I make a mistake). She also talked about the word cleave - a word she uses often in this story. A word that means to separate or to divide but, in another context, to bring together or to bind.

After this tiny chat (it's a blur and my note taking is awful), the bloggers, the book peeps (who's jobs might be threatened by me as they have the coolest jobs) and the author chatted about books, writing and food, Francesca very kindly signed copies of her book to everyone who attented.

Including me. I GOT A COPY OF THIS BOOK!!!

And it sounds messed up. My kind of messed up so am thrilled to read it soon.

In The Fire Sermon, the world is a dark place. Years ago, the terrible event happened and now, twins are being born. The Alpha twin are strong and "perfect" whereas the Omega twin have mutations. They are cast aside, forgotten while the Alphas live a life of luxury. Expect, not really. Because there is one thing that binds them together: when one twin dies, so does the other... 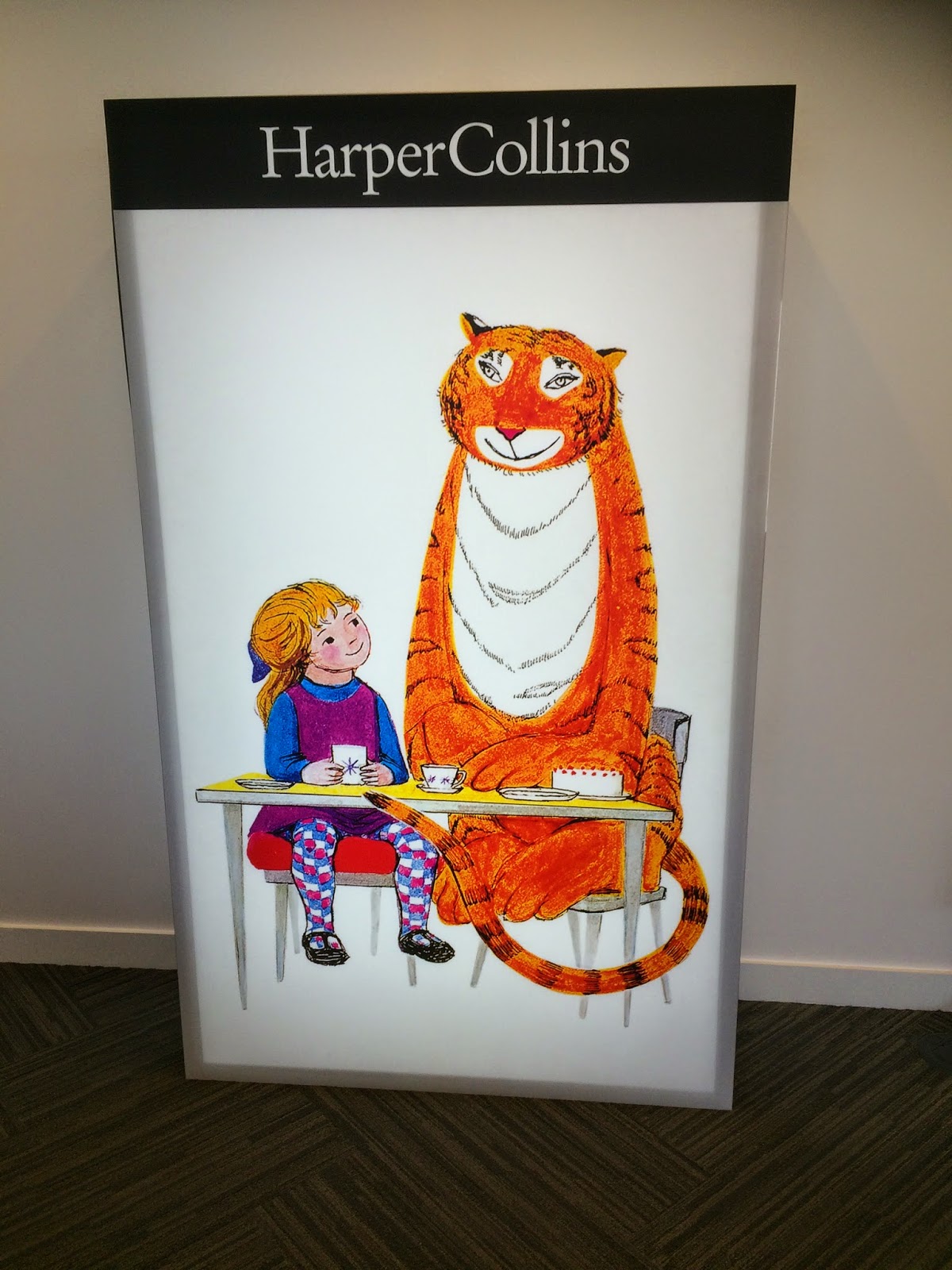 But Cass and Zach are perfect. On the outside. Cass knows she's the Omega and is hiding a secret. A secret that her twin, Zach, will stop at nothing to expose...

Oh, as we left, was given a tiny goody-bag. It contain an author I never heard of, another I think I know but never read and Game of Thrones. It's a sign from the Book Gods that I need to read that monster of a book soon (but I MUSTN'T love the characters as George RR Martin will kill them off! And he enjoys it!)

But, before I run away, I want to thank Harper Voyager for a great day. I had such fun! So, thank you for inviting me and thank you Francesca for chatting to me, even though I bet I looked like a hyper rabbit in the headlights (having your first coffee of the day at the event wasn't my smartest move... will remember that in future...)