GoodRead - A Discovery of Witches (Audiobook) 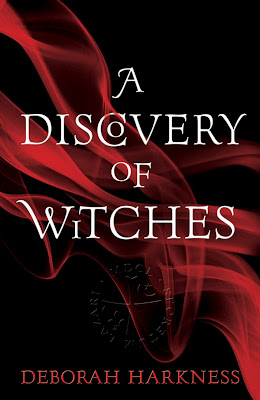 I got this audiobook FREE via a special offer from a podcast I listen to, Answer Me This (the offer has ended now, curse it!) and, after thinking it over (it was between this, The Land of the Painted Caves by Jean M Auel or Kisscut by Karen Slaughter), I plumped for this audiobook. So, thanks Answer Me This for the freebie! :D

Now, the story in question. When Diana Bishop discovers an alchemical manuscript in the Bodleian Library in Oxford, she has no idea how important it is. So when she returns the manuscript back "to the stacks", she suddenly becomes the centre of attention for witches, vampires and daemons. The world she tried so desperately to hide from since the deaths of her parents has come crashing back into her life. One of the creatures that is watching her is Matthew Clairmont, a vampire geneticist who has been searching for the manuscript for over a century. As the two work together to find the manuscript and discover why witches, vampires and daemons want it badly, the two grow closer together. But what will be the price for this dangerous liaison?

Now, I have seen reviews saying that this is the adult Harry Potter or the adult Twilight. I'm not sure if I would go that far with these comparisons, but I can see why people are saying that.

The novel has layers, has rich textures and revealed itself in a slow pace, which is a nice change from reading books where things are explained with the first 10 chapters. Also, this book took a step away from normal myths of vampires, witches and daemons as several of the characters, including Diana and Matthew were smart. They worked in universities and they didn't apologised for it, and that was a good thing. To read characters that are smart and were very "This is who I am and I'm not going to apologise about working hard to get here." was a refreshing change from reading characters that had self-doubt all the time. These characters had doubts but didn't let them get in the way I can see some YA readers wanting to read this and loving this book (there was practically no cuss words so you won't have to worry about bad language if that bothers you). 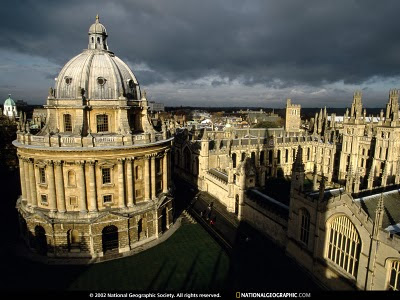 And Oxford! Now, I've never been to Oxford, but I have always loved books set in Oxford (you can blame Philip Pullman and His Dark Materials for that!) so when I knew part of the story was set in Oxford, I got excited. It doesn't stay there, but Oxford does take most of the story, and because of that, I felt happy and snug with feeling that magic and science fit together in this one place. One day, I will go to Oxford… one day…

However, the main problem I have with this is the length. The audiobook is just under 24 hours (this is long but Harry Potter and the Order of the Phoenix is around 29 hours, just to compare) and, because of that length, there was time I was listening to the story going "Is that really important to the plot?" and "Is this going anyway because this is SO SLOW! Where was the editor?!". And then, when I was halfway through part 3 (the audiobook came down in 3 parts because Audible said it would be easier to download), I discovered that this was the first book in a trilogy. And, for the first time in discovering a book was the first book in a series/trilogy, I was quite disappointed. I honestly thought that everything would be explained and resolved, but the fact that this was a trilogy meant I found it hard to imagine myself reading/listening book 2 or 3 in this trilogy (the trilogy's name is "All Souls") if it kept this pace up, and I know there are people out there that like the plot to move quickly and swiftly, not being slow and taking its time.

A small thing that bugged me was the amount of wine that the main two characters drunk. Yes, I get why wine was used a lot within the story, but it still seemed a stupid amount! I know it's a small thing but it just got to me after a few hours listening, going "oh, they've opened ANOTHER bottle of red.". It was either that or Diana's obsession of having cups of tea. Now, I love a good cuppa myself, but it felt weirdly like all this woman drunk was tea or wine! I think there was two or maybe three occasions that I can remember that she had a glass of water, but it was always tea or wine. No one surely drinks that!

So, with me, I liked the story. But didn't love it. And because of that, I will keep an eye out for the second book in the trilogy, but I won't be rushing out to get myself a copy.
Posted by Pewter Wolf at 18:18:00