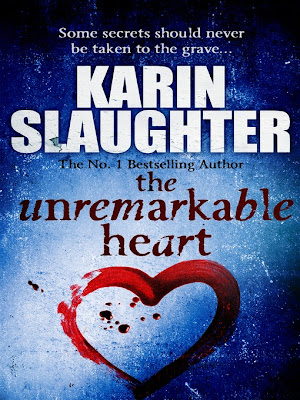 Before I go any further, I must state this. This is a very clever marketing ploy. For less than a pound (when I got this, it was 40-odd pence but it was retail priced of 80-odd price), you get a exclusive short story (that only seems available in the UK as a eBook, according to Karin Slaughter's website) and you get a taster of Broken (her new paperback) and Fallen (her new hardback).

So, what is The Unremarkable Heart all about?

June is dying. She has lung cancer and today, she knows that she will die. But instead of resting, she can't help thinking about the past and her mistakes. But there's something bothering her… but if the truth is revealed, doesn't she honestly want to hear it before she leaves this life? Sometimes, secrets shouldn't be taken to the grave…

This story takes about 58% of the download, and it was a nice introduction to Karen Slaughter's writing. It's a standalone so you don't need to read any of her books before. And she's brave enough to write a character that, at first, is cold and completely unlikeable but, as the story goes forward, we slowly being to understand why she is the way she is.

And this story has a huge sense of dread and darkness. We know how this story is going to end (we get that from the first sentence), but it's the journey to get to that point that was interesting. And when the twist is revealed, it is a shock and then … it ends. It just ends. And we all know why… 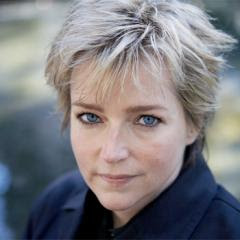 And now, the teasers (aka the first chapter) for Broken and Fallen. Now, I haven't read any of Karin Slaughter's books (though I've always been interested in Kisscut - which will be my next audiobook, funnily enough), so am saying what got me excited. Broken didn't grab my attention. I'm not sure if it's because it wasn't exciting enough to hold my attention or because I was half-watching Home And Away. Fallen, on the other hand, held my attention. And I could easily read this by the pool on a summer holiday. There has an exciting hook about it which makes this an exciting read.

As a taster to introduces you to Karin Slaughter, this is a good way to get into. It's not outstanding, but I suspect it's the tip of the iceberg.
Posted by Pewter Wolf at 16:42:00