Laure Eve Starts the New Year On A Chiller 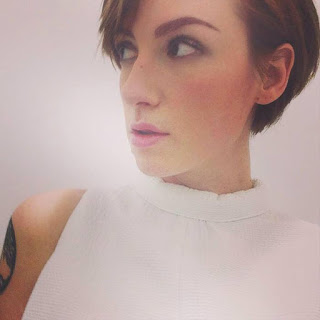 I am thrilled to welcome my first Guest Post for the Pewter Wolf in 2019: Laure Eve!

Laure Eve is the author behind the hugely popular The Graces of last year and now, the sequel to this The Curses is going to hit our shelves this month and, because of that, COVER CHANGES ARE IN ORDER!!!

Foe those of you who don't know The Graces, the story follows River, a girl who is, like everyone else in town, obsessed with the Graces, four siblings that attract the eye with their glamour and have the allure that they can weave magic. But is there more to them than they seem? Are they more dangerous than they led people to believe...

And with The Curses, it follows directly from the chilling events of The Graces. Told from Summer Grace point of view, the Graces want everything to go back to normal. But that doesn't look like that's going to happen. Wolf has mysteriously appeared in their lives, just as mysteriously as he disappeared and something is at work to destroy them all.

Definitely looks like these are something that fits perfectly with my Year of Blood and Magic, doesn't it not?!

Moving on from that, I am thrilled that Laure is gonna start the new year on the Pewter Wolf with a bit of a dark, chilly note so wrap up warm before you go on. While you grab your coats and scarves, I want to thank Laure for finding the time to write this and I want to thank Hannah at Faber for allowing me to be involving in this post!

Got your gloves on? No... ok, you grab them while I tell you to check Laure out via her website - laureeve.co.uk or via her Twitter at @LaureEve. Ok, all wrapped up? ... good. Over to Laure to bring the chill... 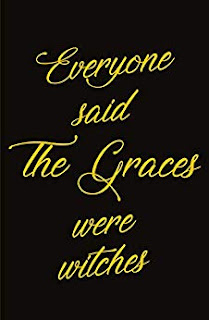 Ever since I can remember, I’ve been drawn to things that push the boundaries of the known and the safe. I was wildly curious about subjects deemed unacceptable to explore, especially for a young girl. So I ended up exploring them in books.

Enter Stephen King. He is one of the three authors - the Unholy Trinity, if you will - responsible for making me want to become a writer, so now you know who to blame. He was the first writer I remember reading who made darkness banal by placing it squarely within his character’s hearts. Yes, there are fantastical monsters roaming those story landscapes, but the real evil comes from the ordinary humans in his worlds.

King’s heroes feel and do things that in simpler stories might make them straight up bad - but by contextualising their darkness in complexity, rather than reducing it to ‘bad action = evil person’, King did something very important for me. He made me feel normal. If the regular humans in his books could be drawn to darkness the way I was, if they could come up against the things I was curious about and walk away having not turned into a monster, then that meant it was okay to feel the things I felt, because other people did too. I was not a monster. I was just a human being.

Desire is the key to a well-drawn character. You can have them do some really quite awful things, but as long as you can understand their motivations for doing so, and as long as those desires come from a place of truth - no matter how terrible those desires might be - then those characters feel real. If they feel real, they have something to say about being human. That, I believe, is all any storyteller is trying to do. We tell each other stories about our own natures in order to try to understand ourselves. I never want to shy away from complicated characters, because people are complicated, and that is truth.

Reduction into simplistic good and bad might teach us that our messy, fragile feelings are flawed, perhaps even wrong. We often tell ourselves and each other that there is a Good Side and a Bad Side. There is an Us versus a Them. But I think it’s when we start to divide ourselves like this that things go awry. We forget just how similar we all are. We are all human, and we are all connected by this very simple fact.

I will end with a quote from The Curses, the sequel to The Graces: 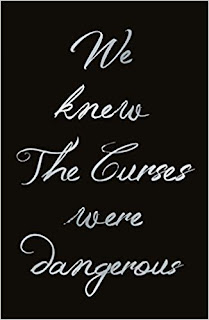 Happiness cannot be a constant – but then neither can pain, and though in its midst it feels like it will last forever, this is always a lie. There is no happiness without pain, no love without hate, no power without consequence. One highlights the other and makes you aware of each. They are connected, twinned forever. If you want one, you get both.
There are no do-overs, and there is never any going back. But there is always forwards because the world keeps going, always forwards, and you can go with it. If you want, if you have the courage.

You’ll have scars. No getting around that. But then scars, I have decided, make you more interesting anyway. Who wants to be perfect? Perfection is complete. Perfection is closed. Perfection, then, is death. Much better to be changeable, improvable, a constant open.

We are none of us either good or bad, but curious and wild.