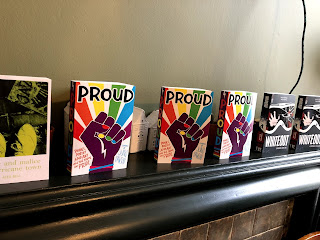 Yesterday was a bit of a manic day. First Saturday off in a while and was going to London for a blogger event. My first ever Stripes Blogger Event (this is their third or fourth, I believe) so I was excited and a little unsure of myself. Yes, I know, I’m in my thirties, I have been for over 8 years this October just gone and still I am worried about going to blogger events because a tiny voice in my head is still telling me “They’re going to find out your not meant to be here…” for the first few minutes.

Anyway, after turning up and bumping into cool bloggers of Beth, Jen, Layla, Stacey, Michelle, Steph, Janay and a ton of others (who are far too cool for me to list (You know who you are. And you know my memory sucks), the event began.

As this was Stripes #Equalitea, the five books they showed us has a cool connection with diversity. 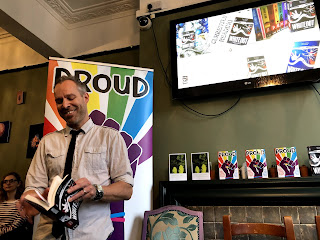 The first is one you might have seen on the Pewter Wolf as the author did a tiny guest post which is Whiteout by Gabriel Dylan. Gabriel explained how this story came into being (aka how he always wanted to write and then, one school ski trip in his early teacher days, he and his class got snowed in and he wondered “What if something is out there in the snow drift and it doesn’t want us to leave…?”). And that question is a the bases of Whiteout. Now, Whiteout is part of Stripes’s Red Eye range so it’s horror (Point Horror for the modern age - anyone remember Point Horror?) and, while I am not a fan of horror, I really want to read this. Whiteout follows Charlie and his classmates who go on a school skiing trip. This is perfect as Charlie is having an unhappy home life of late. But when a snow storm cuts off the resort from the rest of the world and strange things begin to unfollow at an alarmingly rate, Charlie and his classmates realise that something is out there in the storm, watching… waiting… 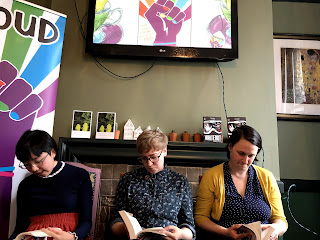 And now, the main reason for the event: PROUD. This is getting a lot of buzz and noise so, hopefully, you guys are aware of this collection. If not, let me explain super quick. This collection is a mix of poems, shot stories and art that all tackle the theme of Pride within the LGBTQIA community. With authors and illustrators ranging from Simon James Green, David Levithan, Tanya Byrne, Moïr Fowley-Doyle, Alice Oseman, Priyanka Meenakshi, Fatti Burke and many more, this is going to be a hugely important book. The collection, also, has four stories from 4 previously unpublished authors - Kay Staples, Cynthia So, Karen Lawler and Michael Lee Richardson. Three of these were at the event (Michael couldn’t come due to him living in Scotland) and the three chatted about why they decided to write their stories, what Pride meant to them and read a teaser of their stories: a modern-day Pride and Prejudice retelling, teens on the run (and hiding in their local Travelodge) and a Chinese-inspired fairytale about phoenixes. You guys are going to love these!

But wait, I have three more titles to tell you about. The third title out of the five is Patron Saints of Nothing by Randy Ribay. Now, I’m not 100% sure about my mental notes of this so forgive me if I get stuff wrong. Our lead, Jay Reguero, is planning to enjoy his last semester of his senior year before heading to University. But when he gets the news that his Filpino cousin was murdered as part of President Duterte’s war on drugs and no one in his family want to talk about it, Jay decides to go to the Philippines to discover the truth. This is going to be a hard-hitter, me thinks, as President Duterte’s human rights concerns have raised alarm bells round the world linked to his war on drugs (the government said there were around 3,000 extrajudicial killings, whereas human right group have said the number is much higher. They claim it can be between 13,000 to 20,000. Maybe even higher. So yes, this is going to be uncomfortable reading, but important nevertheless. 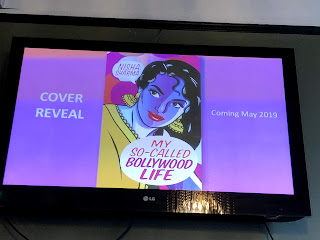 My So-Called Bollywood Life by Nisha Sharma made me sit up a little straighter in my chair. This sounds like a hoot to read and I can’t wait till nearer publication date to read. The author, Nisha Sharma, was actually getting married yesterday (CONGRATULATIONS!!!!) and Stripes unveiled its UK cover, which is very Bollywood! The story follows Winnie, a Bollywood fan who believes her future is written in the stars and she’s destined to marry her boyfriend, Raj. Expect he dumps her and starts dating someone else. So when fellow film buff, Dev, challenges Winnie to see beyond the horoscopes to create her own happiness… This has summer fun written all over it and I can’t wait to dive in. 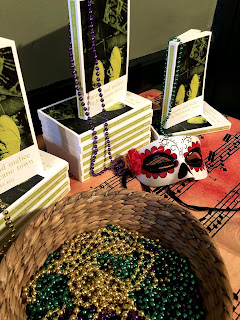 Another book that has summer fun … well, kinda, if you want your summer to have a gothic chill to them … is Malice and Music in Hurricane Town by Alex Bell. Now, most of you will know Alex for writing Frozen Charlotte, another Red Eye title, but this isn’t horror. It is a dark, suspense read set in the Deep US South. Jude scalpers a living playing her trumpet on the streets of Baton Noir, so when she is asked to play for the funeral of cajon queen, Ivory Monette. But as she passes through the gates the cemetery gates to play, Jude finds herself possessed by the vengeful Ivory’s spirit. Ivory was murdered and she won’t stop till she finds out who killed her. If Jude wants to get rid of Ivory’s spirit, she will have to go deep into the underbelly Baton Noir, from Black Bayou to secret vampire jazz club, all the while trying to find the truth of Ivory’s death and maybe confronting her own secrets… 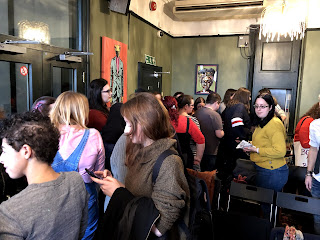 After that, there was chat, cupcakes, book signings and a small collection for Stonewall. Yes, there were proofs of these titles out and yes, I did get them (these were given by Stripes in exchange for an honest review/reaction in the future - scared about saying that as I know the law has changed and you have to state this kinda thing). I do have an extra copy of Whiteout so I am trying to figure out what to do with this (possible contest? Give to another book worm? Library?) so keep eyes on social media for that.

And with that, I had to rush home as had evening with Other Half and friends (Indian meal then a dangerous game of Cards Against Humanity). But I want to thank everyone at Stripes for hosting this event and for inviting us bloggers, vloggers, instagrammers, podcasters, etc. Was a lovely time and can’t wait to find time to read these!
Posted by Pewter Wolf at 14:46:00